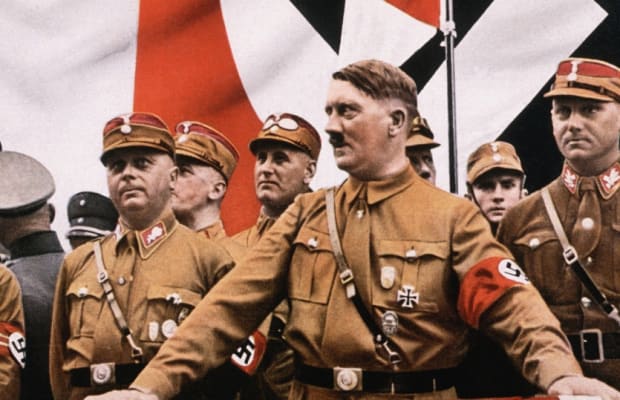 Hundreds of brave men trudging forward,
Sacrificing everything they had,
After all, running away from duty is bad,
Throwing themselves at enemy lines,

Blood spilled by those treacherous mines,
Germany, Japan and Italy on one side,
Britain and America together allied,
France, Poland and China were invaded,

As dreams of a free Europe slowly faded,
WW2 was not a child’s play,
Betrayal, Death and Starvation was on the way,
If you didn’t respect Hitler, you’d had to pay,

If you were a Jew in Nazi Germany,
You would be carted off to a concentration camp,
No choice was offered,
Like this, millions of Jews were slaughtered,

World War 1 was certainly destructive,
As a result, there wasn’t even anything constructive,
Europe was in tatters,
But the world did learn that peace mattered,

War is bad, it kills millions,
Peace is the way ahead for soldiers and civilians,
Anger, Hatred and Greed starts a war,
We must preserve humanity so it can soar.