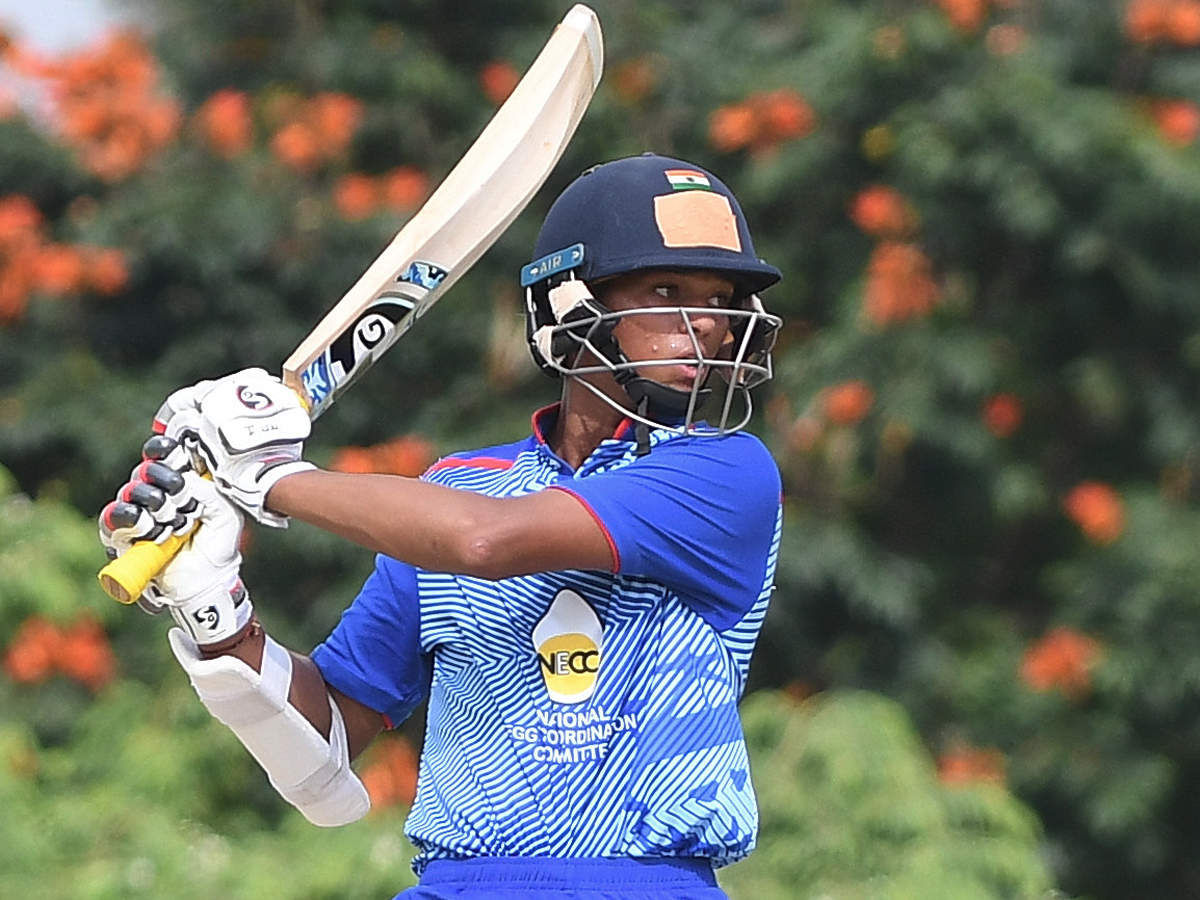 Do you know of any pani puri wala who is knocking on the doors of the Indian cricket team? I’ll tell you about one – his name is Yashasvi Jaiswal who is only 18 years old.

He was all of 13 years old when he came to Mumbai to fulfill his dreams of becoming a cricketer.

Yashasvi was born in Uttar Pradesh in a  very poor family. He had to stay with his uncle in a very small house, but he had to move out of there. His father made an arrangement for him to stay in a cow barn on the condition that he would help the milkman in his work.

Over there he did not have a bed, he didn’t get proper food, not even a proper toilet.  Since it was a cow’s barn Yashasvi would have to wake up early every day – at 5 in the morning to help the milkman in his work. He would then go to Church gate (Azad Maidan cricket ground) for his cricket practice.

One day, when Yashasvi came back from his practice he saw that the milkman had thrown his cricket kit out. He asked him to leave as he was not helping enough. Not knowing where to go, Yashasvi went to Azad Maidan (Cuff Parade, Mumbai) and slept on the ground. He had no one to guide him and he did not have any idea what to do with his life.

One day his coach said that if he performed in a match he would get to live in one of the tents in Azad Maidan. He worked hard and eventually performed very well. So, he started to live in a tent. But conditions were not great there either – there was no light or toilet, not even a bed for him to sleep on. The closest toilet was a public one and was half a kilometre away from his tent.

To make ends meet Yahasvi started to take up part-time jobs. He earned money by selling pani puris, serving food to people who used to come to watch the match. Once a coach named Jwala Singh saw him playing and found his game great, so he offered him to teach for free. He also offered him to live in his house permanently and paid for his expenses, like clothes etc. He became like his godfather.

Yashavi continued to work hard and despite all the difficulties he faced, he got selected for Mumbai cricket team. From that day onward, there was no looking back. At the age of 17, he was the youngest cricketer to score a double century in the Ranji  Trophy. He also got selected for Rajasthan Royals in the IPL and the in the India under-19 cricket team. In the Under-19 World Cup, he was the man of the tournament for his magnificent batting.

Yashasvi had to go through a lot of struggles in his life but he finally got his result. He truly motivates me. The legends and experts of the game consider him as the next big thing in Indian cricket.

I would like to end by a quote from Dr. APJ Abdul Kalam – “Hard work is the key to become a successful person.”