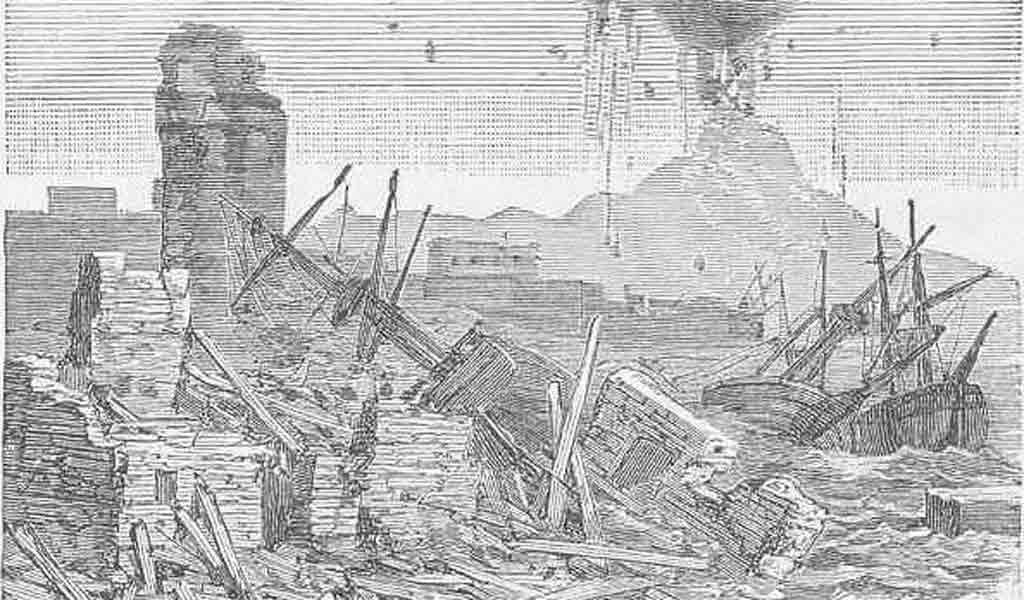 The weather’s been killer.

To be fair, I live in Delhi NCR. If it’s cold, it’s cold. If it’s hot, you can’t walk your dog without it cursing at you.

Theories say that the sudden change in weather for this year may have been caused by consecutive volcanic eruptions in the previous two years. The volcano Mount Tambora erupted in 1815, in the Dutch East Indies (modern-day Indonesia), and the eruption of Mayon in the Philippines a year before.

These destructive events were the largest ever in roughly 1300 years, so you can see why they’d have such a bad impact on the environment. But no one could have predicted what would have happened next.

People now call this the biggest climactic aberration yet. A historian named John D. Post called it the greatest subsistence crisis in the world, meaning the act of supporting oneself had become one of the hardest tasks ever.

A massive famine in China was caused by regular and continuous floods, destroying all crops. The seasonal cycle was disrupted by these volcanic eruptions, instigating enormous floods in the Yangtze valley. India was victim to a cholera outbreak because of a late summer monsoon, spreading the disease as far as Moscow. It was a cold time, with summer snowfall, and irregular precipitation causing much sickness.

Recent volcanic eruptions previously had lowered the temperature by a degree Celsius, which had caused problems throughout the continent, demolishing farms and ruining food. The eruption of Tambora aggravated this drop of temperature, causing food shortages to the land already suffering from the Napoleonic Wars. The British Isles were especially affected.

Failed harvests, heavy rains, and low temperatures caused the outbreak of typhus in northern Europe, with the problems of malnourishment and famine hanging over them.

Europe’s major rivers, including the Rhine and Danube, flooded with the unexpected substantial rains. Riots in the streets of major European cities were the biggest since the French Revolution, with the slogan of “Bread or Blood”.

The accumulation of volcanic ash and residue dispersed a ‘dry fog’ over parts of North America, causing sunspots to become visible to the naked eye. The sight of sunspots is very harmful to the human eye, along with the release of ultraviolet rays into the atmosphere. The same problems of famine and food shortage continued for this continent, especially in the places with higher elevation, where agriculture is a problem even in normal temperatures.

Diseases were not as large a problem here, for they were acclimatised to longer, colder winters, but starvation still took many lives. The fall of snow in the months of June and July and the repetitive rainfall destroyed most of the country’s corn.

This year was called the year of poverty, or Eighteen Hundred and froze to death. Over 65,000 people died from the typhus disease alone. The state of Vermont in the USA lost nearly 15,000 people that year, which was equal to nearly seven years of population growth at that time.

This year was, to say the least, not the best year for the world. Maybe it can compete with 2020 for “The year that ruined lives the most”! But let’s take a small moment of silence, for all those that suffered that year, for now we know their struggle.

So, anyway, let’s end this article on a positive note. Hope you all are doing well, and stay safe!