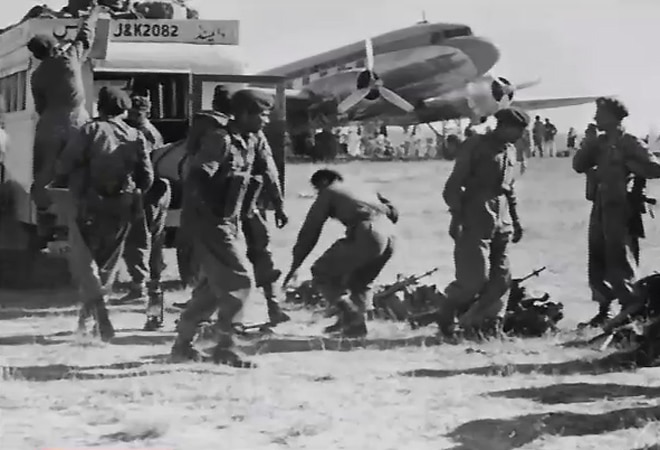 Cannon booms in the distance, the sound of bullets whistling through the air, soldiers crying in pain. It was the war of 1947, the first official war fought between India and Pakistan, two newly independent nations. In the end, it was a win-win for both sides with India eventually getting the upper hand. But what really was the cause of this war? And why right after independence? Many questions are raised, was this for territory or for honour?

Firstly, let’s dive deep into the cause of this war.  Arguably, months after Independence, Pakistani tribesmen started to conduct raids on Kashmir’s local people. Kashmir, (a princely state) at that time didn’t have enough power over its territory and helplessly tried to enforce a ceasefire. However, as expected the task failed and Kashmir asked India for assistance to help in the raging war. The Maharaja of Kashmir also acceded to the Union of India.

India agreed to defend Kashmir and thus started the famous 1947 war between Indian and Pakistan. Before we trigger a conversation of the key events of the war let’s take a look back at how Pakistan was created.

It all started when it was clear that India would gain Independence from the British and would be able to live as a free country. While most Indians were happy there was a large group of people led by Muhammed Ali Jinnah, who thought the country should be divided on religious lines. Jinnah played a small part in making India an independent nation but had different ideas than other leaders of the Congress. He demanded that India should be divided into two separate countries – India and Pakistan. He had considerable support from a large group of people and the Congress’ attempts to pacify him failed terribly.

Jinnah famously said “We have undoubtedly achieved Pakistan, and that too without bloody war, practically, peacefully, by moral and intellectual force, and with the power of the pen, which is no less mighty than that of the sword and so our righteous cause has triumphed. Besides, it was the only just, honourable, and practical solution to the most complex constitutional problem of this great subcontinent“.

So thus Pakistan was created. Now the only territory between these two countries was the ever-snowing Kashmir. Officially, it was a princely state on the border of India (the India which had been separated) but Pakistan claimed to have rights on it and wanted it badly. India rejected this claim and now war was inevitable. Thus started the first Indo-Pak war.

The war was fought by the Jammu and Kashmir forces of India and tribal militants from the border of Pakistan. Indian troops were airlifted to Srinagar (the state capital) to set up posts. Meanwhile, in Pakistan, British commanding officers refused to let the Pakistani official forces interfere. Although they refused, they relented in 1948 and Pakistani forces officially entered the war. Both countries held strong on their posts and the war ended up as a stalemate. During the war, there were a lot of rumours and conclusions on both sides. Consequently, it did nothing but intensify the war politically and religiously on both sides. As both being newly independent nations they were still adapting to handle these types of situations.

Nevertheless, mostly all neutral assessments suggest that India was victorious in defending Kashmir almost thoroughly. However, Pakistan was able to claim some territory which is now known in India as POK (Pakistan occupied Kashmir). Likewise, the regions which India was able to defend (Ladakh, Jammu and the Kashmir valley) are referred to as IOK in Pakistan (India occupied Kashmir).

The war revolutionised India politically and economically. It triggered the great unrest and rivalry between Indian and Pakistan which still exists. Now and then we hear about terrorist attacks and border controversies on the news. This is living proof of the violence that takes place on the borders of POK and IOK. This rivalry doesn’t only exist in territory disputes but also in sports like Hockey and Cricket. Whenever a match takes place between these two teams there are roaring crowds and the stadium is packed with cheering from both ends. It undoubtedly is a unique experience.

In conclusion, at the end of the day, the war didn’t bring a long-lasting solution and has triggered an ongoing confrontation between the two countries. Right now, what we all need as citizens of this country is a long-lasting solution that should be agreed upon, by both sides. In my view, this can only be achieved through dialogue and mutual agreement by both sides. However, it will take time for Pakistan to understand that war is not a solution to a problem but a problem itself.

On the bright side, the Indian army has been able to defend the country successfully from Pakistan. Apart from this war India and Pakistan have met on various other battlefields. Here is a list of other wars fought between the two sides.

We all need to be grateful to all the brave soldiers defending our country tirelessly day and night. They are the only reason most of us are living our lives in peace. Jai Hind!