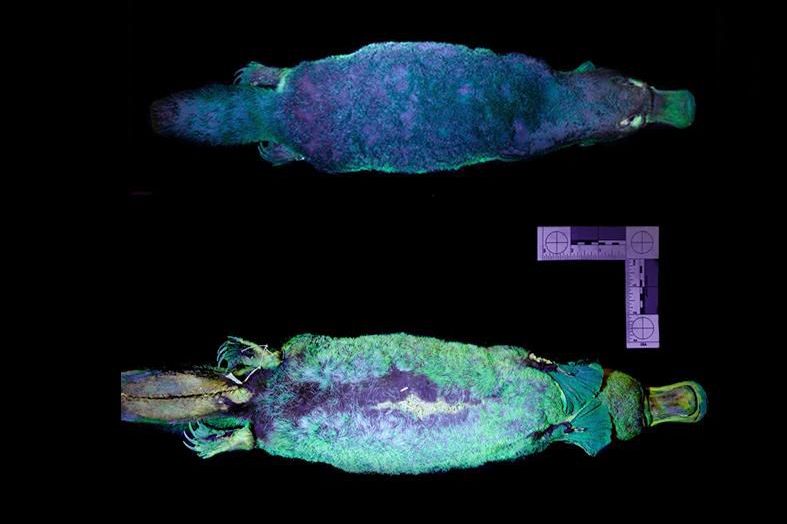 A group of Australian scientists have recently shed light on some native Australian marsupials and mammals shedding light under UV rays. After further research, this biofluorescence has been proven to exist in some marine creatures, insects and even fungi.

Biofluorescence is when an organism absorbs blue light and emits it as a different colour, mainly red, orange, or green. Essentially meaning, the organism absorbs shorter wavelengths of light and emits longer ones. UV rays are usually beyond the visible spectrum for us humans, but puffins, scorpions, platypuses and now even some Australian mammals glow under a black light.

According to latest, ongoing research, platypuses also exhibit this glow under ultraviolet light. This experiment was published in the Mammalia on the 15th of October.

“Biofluorescence has long been known to occur in some insects and sea creatures, but it was unknown that it occurred in other Australian mammals until earlier this month, when scientists at the Western Australian Museum rushed to check their specimen drawers to factcheck the US report.

The findings have Australian scientists working together to confirm the findings of biofluorescence in these animals, and to start looking for a reason that it may occur.”

Scientists had tested over two dozen animals and one-third of them proved to be biofluorescent. We are still not certain of why these animals glow. This ongoing project is still an unravelling mystery. Hopefully, some more information will be revealed soon.