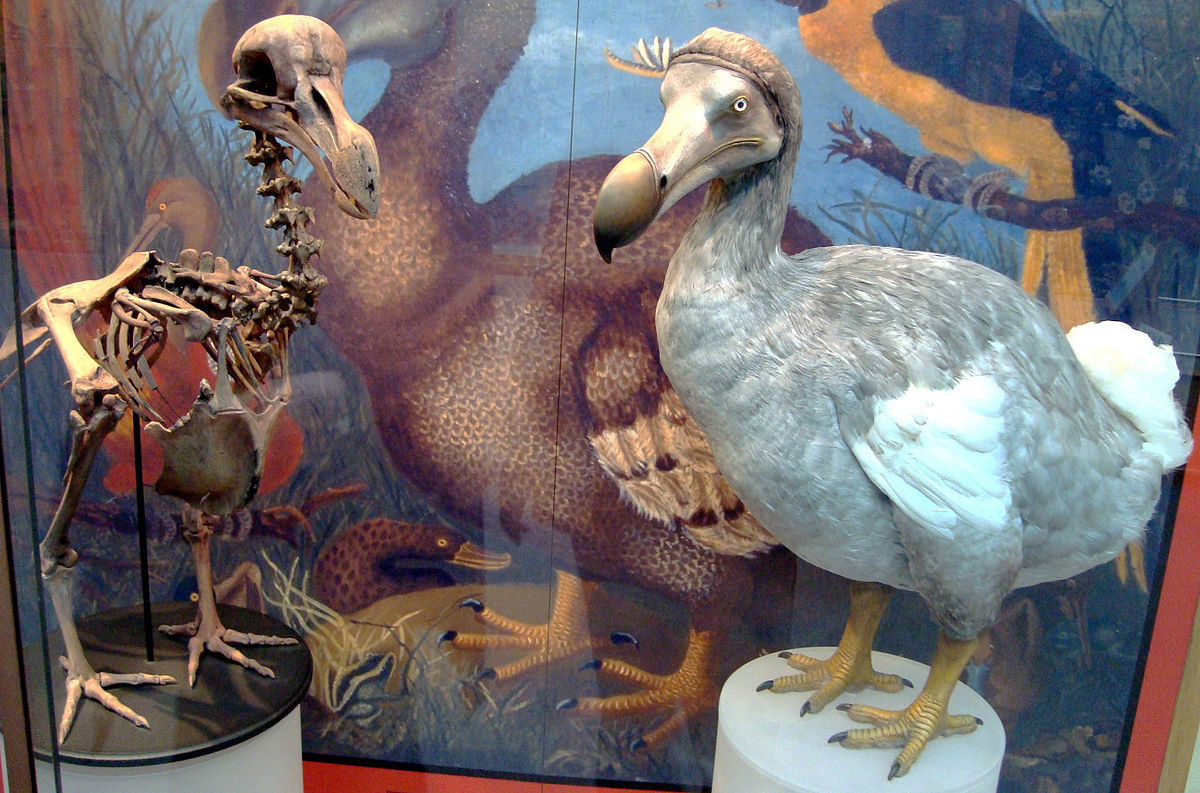 Animals have existed way before us humans, some of us try to help these animals by taking them to forest reserves when they are in danger where others hunt them. It is mostly for skin, teeth, meat to be sold for money. But it is we who are coming in their way. We are spoiling mother nature. Because of hunting, poaching, pollution or even global warming, many animals have become extinct. Just like Mammoths and Dodos; the Great Auk and Vultures will soon have the same fate.

Animals are amazing creatures, coming in such different shapes and sizes, from an elephant to a mole. My favourite was the Dodo.
Mainly hunters hunted them on their trips on the sea. The bird was small but meaty and easy prey, as it could not fly. Hunted for their feathers, which were used in the clothing industry and their beaks for making weapons, Excessive hunting was the main cause of their extinction. Since they used to roam in flocks, hunters would catch the whole waddle and store them but if not eaten the dead animal rots and they throw them away. That is why the population of this harmless animal dropped.

We should save endangered animals since they are a part of the food chain. Ecosystems exist only due to animals and other living beings thriving; Food chains depend on every single organism. Such that we need animals to survive so we can too. Animals have not harmed us, so why are we treating them like this? It’s the smallest, different choices you make, that impact the most; We should all come together and stop this as soon as possible.

The History of the Earth

Octopus – The creature with eight tentacles