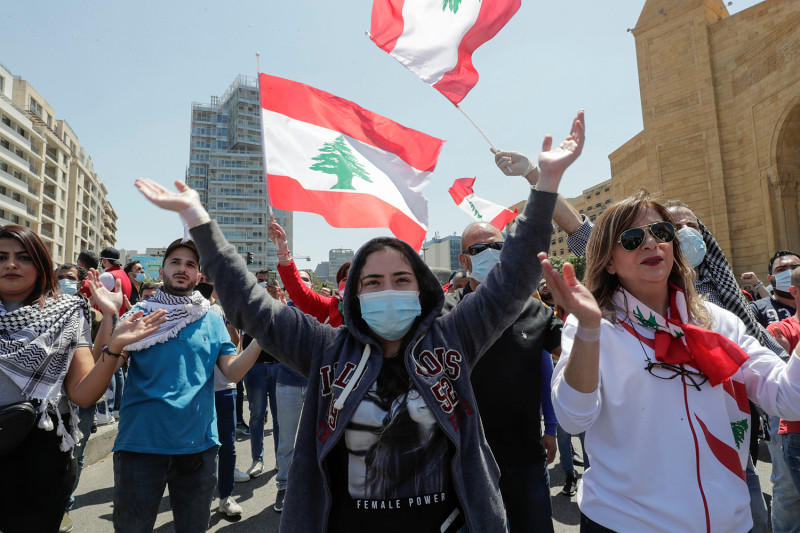 Lebanon, a densely, packed country bordering Syria and Israel, has been facing a dispute for an extensively long period. This lockdown situation has affected the Lebanese in extremely critical aspects. Firstly, the lockdown has deeply influenced the political and economic predicament; convulsed the food and water supply. Although the water in Lebanon is abundant; storing mismanagement, inadequate rainfall due to climate change and drought have resulted in the country plunging into water scarcity.

Secondly, multiple Lebanese cooking shows and influencers are cutting down the use of expensive meats and infeasible ingredients because rising numbers of the population can barely afford bread. Culinary chef, Antoine El-Hajj stated in an interview with the New York Times, “There used to be a middle class in Lebanon, but now the rich are rich, the middle class has become poor and the poor have become destitute”. He has replaced his recipes requiring meat and beef with more practical elements like viable vegetables and limited use of oil.

Additionally, the USD parallel exchange rate is rising due to the shortfall of dollars in Lebanon. This caused Lebanon’s gross domestic product to fall, stooping around $44 billion far below the former $55 billion. This too resulted in an economic crisis, which has only worsened due to this pandemic. The country’s economy was on a steady rise since the 2006 Israel-Hezbollah war; This was put to a startling halt this year as political issues added to this plight.

For almost 250 days now, violent protests have been going on due to the offered resignation of Prime Minister Saad Hariri. The first protests to be seen were in October 2019 thus leading to the name ‘The October Revolution’. Former minister of education, Hassan Diab was appointed as the succeeding Prime Minister on December 19 2019. Protests have continued denouncing the appointment of Hassan Diab.

The protests and violent riots are yet to end, whilst Lebanon’s food and water shortage are still piling on. Lebanon is said to be running out of food soon. With COVID 19 rampaging throughout the globe, Lebanon seems to be left to fend for itself, but as the famous Lebanese quote states “Forget the past, remember the lesson.”