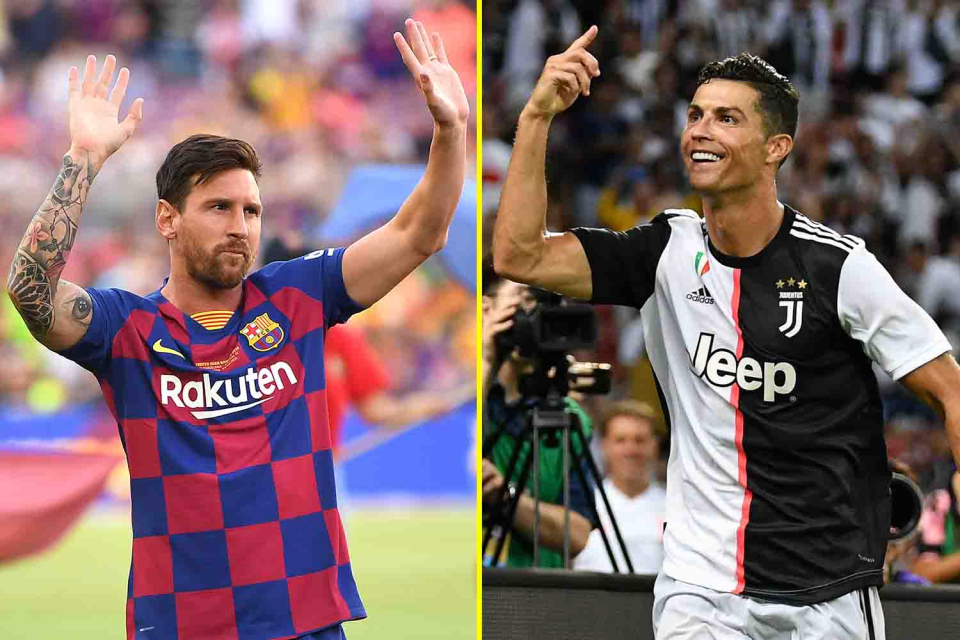 Rivalries seem to exist in many sports. Be it an individual or a team. Nadal vs Federer, Sachin Vs Brian, Diablo vs Neymar, etc. Interestingly, one of my favourite rivalries is Messi vs Ronaldo, because it’s difficult to decide who is the GOAT. While Ronaldo is better at headers and right foot, Messi is the king with the left foot and free kicks.  And when it comes to tiki- tikka Messi is better. So I decided to write up on this celebrated rivalry. Have fun reading about it!

Messi vs Ronaldo? Who is the better player? It’s not an easy decision and will never be so. Often they are compared not just for the awards and goals, but also for emotion, loyalty, their style on and off-field and obviously also for their fan support. The two players have been the face of top-class football for over 10 years and still are. Both world-class players lead their teams with entertaining success.

But who is the better one? Well it’s hard to decide and everyone has their own point of view.

Some people think Messi is the king. Former Barcelona coach (and now Manchester City coach) Pep Guardiola believes that Messi is the best player in the history of football. He says “There has never been a player like him and there never will be”. On the other hand, some die-hard fans of Cristiano Ronaldo believe that Ronaldo is the ultimate football player. A Sir Alex Ferguson, the former Manchester United manager says “people say Messi is the best player in the world but even if you put Ronaldo to play for Parkland Rangers or Queensland he will still score a hat-trick and I am not sure Messi could do it. Messi is an incomplete player”.

So with differing points of view, the debate continues on and off-field and ever since Ronaldo joined Real Madrid Messi and Ronaldo are viewed as enemies and rivals.

Ronaldo’s fans always have some reason or other to fixate on Messi and vice versa. In interviews, each is asked the opinion of another. One reason for this rivalry is because Real Madrid and Barcelona are rivals and they fight for the best team in Spain in competitions like LaLiga. And whenever these teams clash together it’s called the El Classico. This makes the Messi and Ronaldo rivalry even more interesting.

While a lot of football fans think Messi and Ronaldo are rivals on and off the pitch, they are actually friends! During an interview, Ronaldo said Messi is a really good player and he does best for Barcelona and I do my best for Juventus. He even mentioned that this is a fan-made up the rivalry and there is no such thing as Ronaldo Vs Messi.

Over recent years, combat has taken place for ballon d’ors. Ballon d’or is awarded to the world’s best player of the year. Officials and football players vote for players and the person with the highest percentage wins. While Messi has won 6 and Ronaldo 5, there is always a stiff competition between the two players for it. Often this competition becomes an important point for their respective supporters. One such incident was when some newspapers and countries disagreed on why Messi received a fourth ballon d’or. They said Cristiano played better this year and he should have been awarded it and so people started giving out false claims in support of Messi or Ronaldo.

Football is all about goals, those goals which define a win or loss, And as strikers, Messi and Ronaldo’s rivalry is incomplete without comparing the goals scored by these legends. While Ronaldo has scored more goals than Messi, the Barcelona legend has created chances and has played with more style and accuracy. Comparison between right foot and left foot shows that Messi has more on left and Ronaldo has more on right.

Here is a chart explaining how Messi has dominated football in a huge manner.

Star – winning in the category

The chart above shows that Messi plays more of a team game and is a playmaker plus goal scorer. His assists are way further than Ronaldo’s too. While passing and playing as a team is important Ronaldo has excelled in goal scoring and hat tricks because he is the only experienced player on the Juventus side that can perform magic. Whereas Messi had support from his teammates like Suarez (Transferred to Atletico Madrid), Andres Inésta (transferred to Vissel Kobe) and Xavi (pronounced za-b-i).

In my opinion, Messi is the best player because of his abilities, his exceptional tikka-tiki passing and should be considered in the ballon d’or voting. I admit he is my favourite player, for he also encourages youngsters to play their natural game. At the same time, Ronaldo has more style both on and off the field and has a huge fan following especially in my peer circle. However, being a footballer myself, I believe that Messi has consistently entertained the world with beautiful football, especially with his magic of dribbling and passing.  He has the ability to read the pitch in such a way that each touch of his seems impossible.

Well who do you think is the GOAT? Feel free to tell me through the comment section!