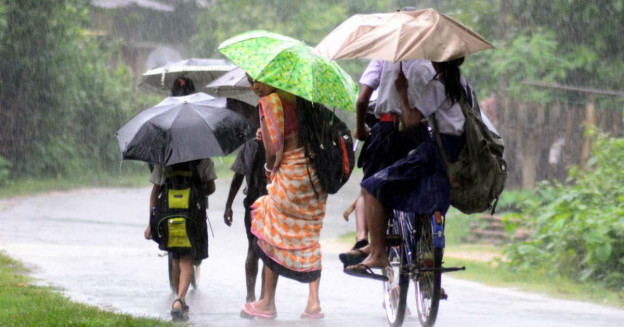 Rain lashes in Assam resulting in overflowing of the Brahmaputra, Manas and other rivers causing heavy flooding. 28 of Assam’s 33 districts have reported serious flooding which has affected almost 4 million people. These floods have not only affected human lives but animals too. The floods have killed over 200 people and displaced over 2 million people; it has submerged more than 85% of the Kaziranga National Park. Every year Assam is ravaged by floods and several animals drown and die. This year the death toll is over 100 and continues to rise. Some animals are rescued but many are lost to the wrath of the rain.

Part of the Northern Himalayas, the Northern Plain and the Deccan Plateau, Assam is situated in North-East India and is famous for its tea estates and production of silk. It is the second-largest state in the North-East right after Arunachal Pradesh. It has over 40 rivers flowing through it, one is the Brahmaputra River. This river flows for over 2,900 kilometres and eventually joins the Ganges. The multiple rivers provide more than enough to sustain one of the world’s most unique ecosystem.

Assam’s many rivers and heavy monsoon downpours cause rivers to overflow resulting in floods. Rivers such as Manas, Barak and Brahmaputra are fed with this rainwater causing them to swell up. This causes flooding in Assam and parts of Arunachal Pradesh. Floods reach over 80 centimetres over the ground and places such as Goalpara are severely affected. The river is dynamic and unstable due to the area being earth-quake prone too.

Assam has been flood-prone for decades, but the government has not taken any concrete measures to solve the issue of flowing. In 1980, the government did build embankments to try and stop the floods, but this turned out to be a temporary solution as the embankments became weak. We can’t help the rain, but we can certainly prevent the frequent occurrence of floods.