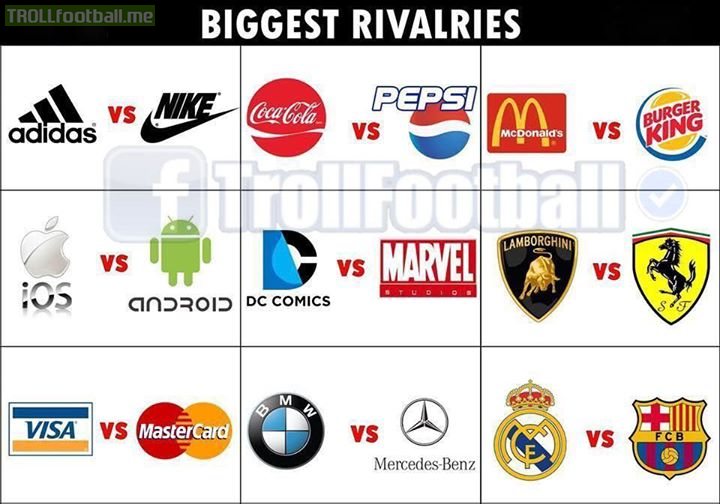 A rivalry is between people, when they are competing,
It often cause enmity but sometimes its healthy!

A good rivalry can create wonders,
It boosts performance and effort,
It pushes you to excel and motivates you to do well.

Let me give you some examples,
Famous they are,
Trump vs Biden
Coke vs pepsi
IOS vs Android
Ronaldo vs Messi

Now let us all remember that not all rivalries are bad,
But they shouldn’t get to us and makes feel sad,
We learn a lot along the way,
And that’s all matters,
So don’t let it ruin your day!