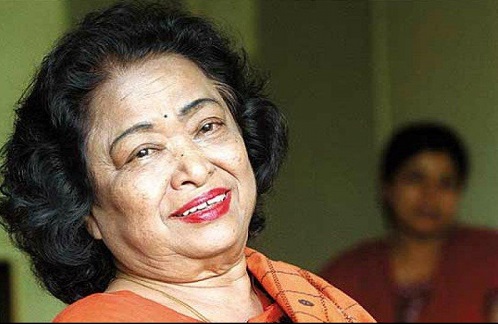 There is no change for the welfare of the world unless the condition of women is improved. It is not possible for a bird to fly on one wing. Women have and are excelling in all fields of STEM. Likewise, here I would like to write about a woman pioneer called the human computer that is none other than the great mathematician, Shakuntala Devi.

Shakuntala Devi was born on 4th November 1929 in Bengaluru, India, to a Kannada-Brahmin family. Though she had no formal school education she calculated complex math problems in her mind itself. Her journey as a mathematician started as a child who helped her brother to do complex math calculations. Then on seeing her incredible talent her father made showcase her talent in the form of math shows.

Her math shows begin at a very young age. As she grew up, she started doing math shows all over India. Then all over the world which started in London. In London, at the initial stage had to face many obstacles, but later become very famous with the help of one of the great people of London, who thought her England culture and so on. Though she adopted England culture, she used to always do her shows in saree only.

The incident that made Shakuntala Devi be called the human-computer was in London. In one of her interviews in London, she competed against the computer in the speed of calculations. She calculated before the computer was done with its process. But that one question that changed her life to a greater extent was the one which the computer calculated sooner. But she did not give up, she found that the question that was given had an error. She explained it, but no one agreed and she was insulted. Then the interview community calculated the problem manually and found out that Shakuntala Devi was correct in her calculations. Then next day more came in the news about Shakuntala Devi, the human-computer.

Her challenging nature and above incidents made her a pride of India.