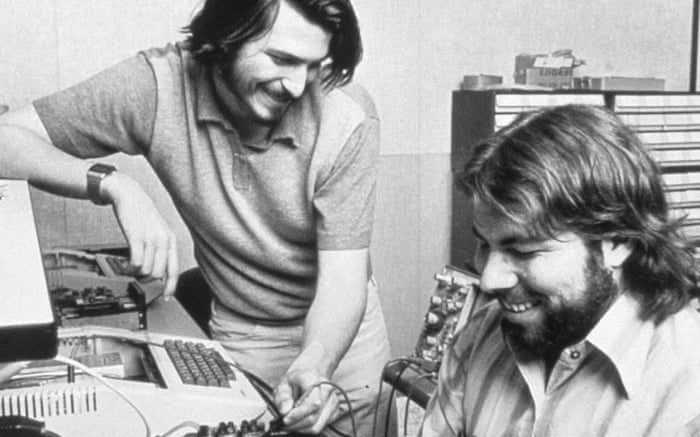 This is Part 1 of a five-part series on Steve Jobs. Stay tuned to see more!

Steve Jobs, the founder of Apple, is one of the most well-known tech entrepreneurs in the world. Almost synonymous with the tech company, Steve Jobs is an inspiration to many young innovators and children including myself.

Jobs was born in San Francisco, in 1955, to two university students, Joanne Schieble and Syrian-born John Jandali. Since they were both unmarried at the time, Steve was given up for adoption. He was adopted by a middle-class family and had a fairly normal childhood. Steve’s father, Paul, encouraged him to experiment with electronics in their garage. This led to a lifelong interest in electronics and design. Probably, this was the starting point of a design journey which would redefine computing (and later on mobile phones) forever.

Steve attended a local school till 12th Grade. He was a bright child, who was a trouble to teach because he felt that schooling (as it was then) killed creativity. He attended Reed College in Portland, Oregon, but eventually dropped out because of financial problems. In 1974, he took a job at Atari Corporations, a video game designing company. This was his first job working with computers.

Steve Jobs had always wanted to come to India and eventually managed to save enough money for a pilgrimage, with a friend. Together they travelled to Delhi, Manali, Haridwar and various religious places in India. He also travelled to the Ashram of Neem Karoli Baba in Kainchi, Odisha.

During his several months in India, Jobs became aware of Buddhist and Eastern spiritual philosophies. Later he said that these experiences were vital in giving him a wider perspective on life and business. He convinced many other tech CEO’s to retrace his footsteps and some like Mark Zuckerberg came to India when Facebook was facing troubles.

When he came back from India he reconnected with his high-school friend and senior, Steve Wozniak. At that time Wozniak was working with Hewlett-Packard, the present-day laptop manufacturer HP. Wozniak was always a tech wiz and impressed Jobs with his ability to design compact motherboards.

Wozniak told Jobs about his progress into designing a computer logic board (motherboard) which HP had rejected saying that there was no market for a personal computer.

As we know, Jobs believed that people don’t know what they want until you show it to them.  He suggested to Wozniak that they go into business together. The two Steves were very committed and were convinced that their project would be a success. Thus, Jobs sold his minibus and Wozniak his programmable calculator, to kickstart their project.

In 1976, ‘Apple I’ was finally ready for sale. It was only a circuit board with no display unit or keyboard. The computer could, however, be connected to a display and could print characters at a speed of 60 characters per second, much faster than other computers back then. It had a system to load and save programs, which was unheard of at the time. The Apple I had fewer parts than any of its peers. It was a masterpiece of design and was ahead of its time.

Meanwhile, Jobs and Wozniak had got another partner on board, Ronald Wayne, to help in selling the Apple I. However, he did not see their vision of a personal computer and thus left quickly.

Finally, in 1977 Jobs and Wozniak registered their company and called it Apple Computers. In fact Neem Karoli Baba from Kainchi, whose ashram Jobs had visited in India, really enjoyed eating apples giving him the inspiration for the name. It also started with the letter ‘A’ and thus would list on the top. The logo was crafted keeping in mind their first marketing campaign for the Apple I titled ‘Byte into an Apple’ and has remained the same even 40 years later.

The Apple II was an attractive computer with a sleek plastic case. It was easier to use and had an in-built keyboard. It was the first computer which could display in colour, a major development for that time. The Apple II focused a lot on software, making it easier for the common man to use. It used the computer language BASIC which as the name suggests, could help perform basic functions. Thus, the Apple II demystified the computer for users and increased the market for personal computers.

Application software like VisiCalc (similar to Microsoft Excel) and Word Star (similar to Microsoft Word) made it viable for personal uses too. Jobs conducted many marketing campaigns to demonstrate the home uses of the Apple II. People could use it to do their accounting, taxes and expense-recording along with storing large amounts of data and writing reports.

The Apple II was truly the first-ever personal computer that could be used easily by the common man, unlike previous computers that needed engineers to operate. By the end of the year, Apple Computers had generated $774,000 in sales.