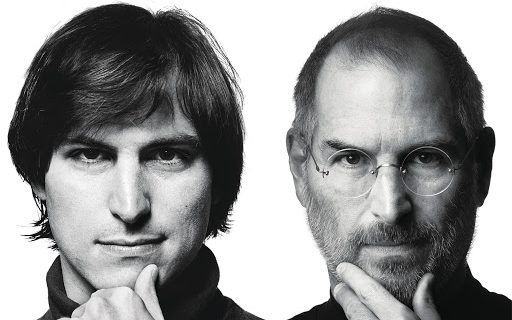 It was the year 1978. Apple Computers was doing very well. They had been able to sell a large number of Apple II’s in the previous year and were highly profitable.

Jobs, however, felt that that the computer could be made more user friendly.

He had heard that Xerox, another dominant tech company of that time, was trying to design a point and click interface quite like the ones we have today. Jobs approached Xerox because he wanted to get some of his people onto this project. Xerox was very excited and together they started designing the first Graphical User Interface (GUI). Many of the things we take for granted today were unheard of then, eg: icons for the trash, folders and files. Apple eventually bought the GUI from Xerox in exchange for $1 million worth of shares in Apple.

IBM was one of the most influential and important players in the computer industry. They had been the first to develop large scale mainframe computers and had been at the forefront of technology development. When Apple came to the scene and started making personal computers, IBM’s monopoly was threatened. Thus, they decided to hire the upcoming Microsoft to create the IBM-PC. The IBM-PC soon started gaining traction among the consumers and IBM emerged as Apple’s biggest competitors.

In 1980, Apple launched a new model called the Apple III. It was a significant improvement over the Apple II but it also came at a significantly higher price of $7,800. However, the most-awaited event of the year was Apple’s IPO. Within three years the company had grown from two people in a garage to 1,000 employees working in an office building in Cupertino, California. The company got itself listed on the NASDAQ stock exchange. The trading opened with each share being sold at $14. By the end of the first day, the price doubled to $29 a share translating to a company valuation of a whopping $1.8 billion. Forty employees instantly became millionaires. Jobs himself had a net worth of $217 million.

The celebrations, however, were short-lived. By 1981, the IBM-PC was giving Apple a hard time in the marketplace. Wozniak’s plane had crashed and he suffered from amnesia resulting in him quitting Apple. The temperamental Jobs also lost his cool at the shareholders who were getting upset about the slowing sales.

Apple needed a new leader and Jobs found no better person than Mark Markkula. Mark was one of the company’s first and largest investors. Having been a marketing manager at Intel and Fairchild Semiconductor, he had retired at the young age of 32 after having made fortune. Jobs made him President of the company and himself became Chairman.

Within a year Markkula was able to make things better. He brought his marketing experience and helped boost sales. He hired celebrities and engaged talk show hosts to be Apple’s on-screen spokesmen. This boosted the sales of the Apple III. Around the same time, Apple launched a new cheaper Apple II Plus to appeal to a larger market. The two computers were selling at a rate of about 15,000 units a month compared to 10,000 PCs sold by IBM every month.

Soon enough, Apple started getting the attention of the press. Inc and the Time Magazine featured Apple on their cover page. For the first time, the story of the two Steve’s had been covered by the media.

Apple Lisa, the company’s next project was also underway. It was the first computer to have integrated the Xerox GUI. However, inter-company fights were beginning to surface. Jobs was forced out of the team working on the Apple Lisa. In retaliation and to prove his mettle, he decided to lead the Macintosh project. The competition between the two teams was fierce. There was a separate building for the Macintosh under Jobs. The company was divided between the Lisa’s “corporate shirts” and Jobs’ “pirates”.

Meanwhile, Microsoft had also started work on Windows OS and its GUI system. They were also developing software like Microsoft Office which would soon become one of the most widely used productivity tools. They would launch their own Windows operating system which would become Apple’s biggest rival.

The IBM-PC had overtaken the Apple computers in sales and the company was perceived to be losing out in the PC revolution. Employees and critics said that Apple needed “adult supervision” meaning a more-experienced CEO who could handle Apple’s large-scale operations.

Jobs and Markkula requested John Sculley, President of Pepsi-Cola to become Apple’s CEO. Sculley declined their offer because he did not want to be part of an unstable company which might not do well in the future. However, four months later Jobs was able to convince him with the famous line, “Do you want to sell sugar water for the rest of your life, or do you want to come with me and change the world?”

In January 1983, the much-awaited Apple Lisa was unveiled. It had a mouse and the point and click GUI. The media was closely following Apple and Fortune Magazine wrote about the newly launched computer. Lisa was aimed predominantly at offices and had high storage and processing capability. A lot was riding on it and the company was desperate to overtake IBM.

However, by the end of the year, the Lisa hadn’t done very well. Despite being very user friendly, its extravagant price of $10,000 (enough to buy 20 very high-quality laptops today) was way above the competition. To put it in context, it was close to 7 and a half times the price of the IBM-PC which sold at approximately $1,500.

Despite so many setbacks, Apple had a few tricks up its sleeve. They were intending to come back stronger than ever with the Macintosh. It was going to be unveiled the next year and was certainly one of a kind.

In January 1984, Apple launched the Macintosh at a competitive price of $2,500. The launch was one of the greatest we have ever seen with a commercial airing in the Superbowl XVIII championship football game (the biggest sports event in America). It ended with the memorable line, “On January 24th, Apple Computers will introduce the Macintosh. And you’ll see why 1984 won’t be like 1984.”

Two days later Jobs gave a very moving speech at the Macintosh launch event. He also gave a demonstration of the power of the Mac. The computer was equipped with the brand-new GUI with a mouse, keyboard and display. It looked similar to today’s desktops, except with a smaller display. Many magazines reviewed the new computer and most users liked it. With a mouse and on-screen icons, it was very easy for non-techies to use. Apple was able to sell 200,000 units in a mere six months. The Macintosh is what would revolutionise the way we use computers and bring us closer to our personal computers.

Once again, by end of the year, the Macintosh like the Lisa was not selling well. The primary reason was its limited memory which was not worth the price. Christmas sales were poor and unsold inventory was increasing. Apple faced losses for the first time in its short history. Nearly 20% of the staff was fired. This was a big failure for Jobs. He tried convincing Sculley to reduce the price of the Macintosh but Sculley was worried that it would impact sales of the Apple II which was their only cash cow. Instead of settling their differences, the two of them fought. This fight was a predecessor of bigger ones to come.

The company was transitioning from a small company to a mainstream corporation. Therefore, it was important to break the divisions and silos in the company and encourage collaborative work in larger teams. Jobs and Sculley were fighting often over many decisions and the Board of Directors at Apple were usually siding with Sculley.

Sculley wanted to reorganise the whole company including removing Jobs as head of the Macintosh project. When Jobs got word of this he tried to push Sculley out of the company so that he could take over Apple again. However, the plan was leaked and Jobs was directly confronted about it. Jobs was eventually stripped of his powers as Chairman and only had an ambassadorial role.

In 1985, Jobs left the company with a few of his close employees. Many of us believe that Jobs was kicked out of his company but in reality, he left voluntarily after losing all his powers. The board tried convincing him to stay on but to no avail.

And thus, began the journey of Steve Jobs 2.0 which would change him and later help him make Apple one of the most dominant tech companies of the world.

Go back to Part 1: Steve Jobs – Early Days and the Birth of Apple

Go to Part 3: Steve Jobs – A Journey In Exile