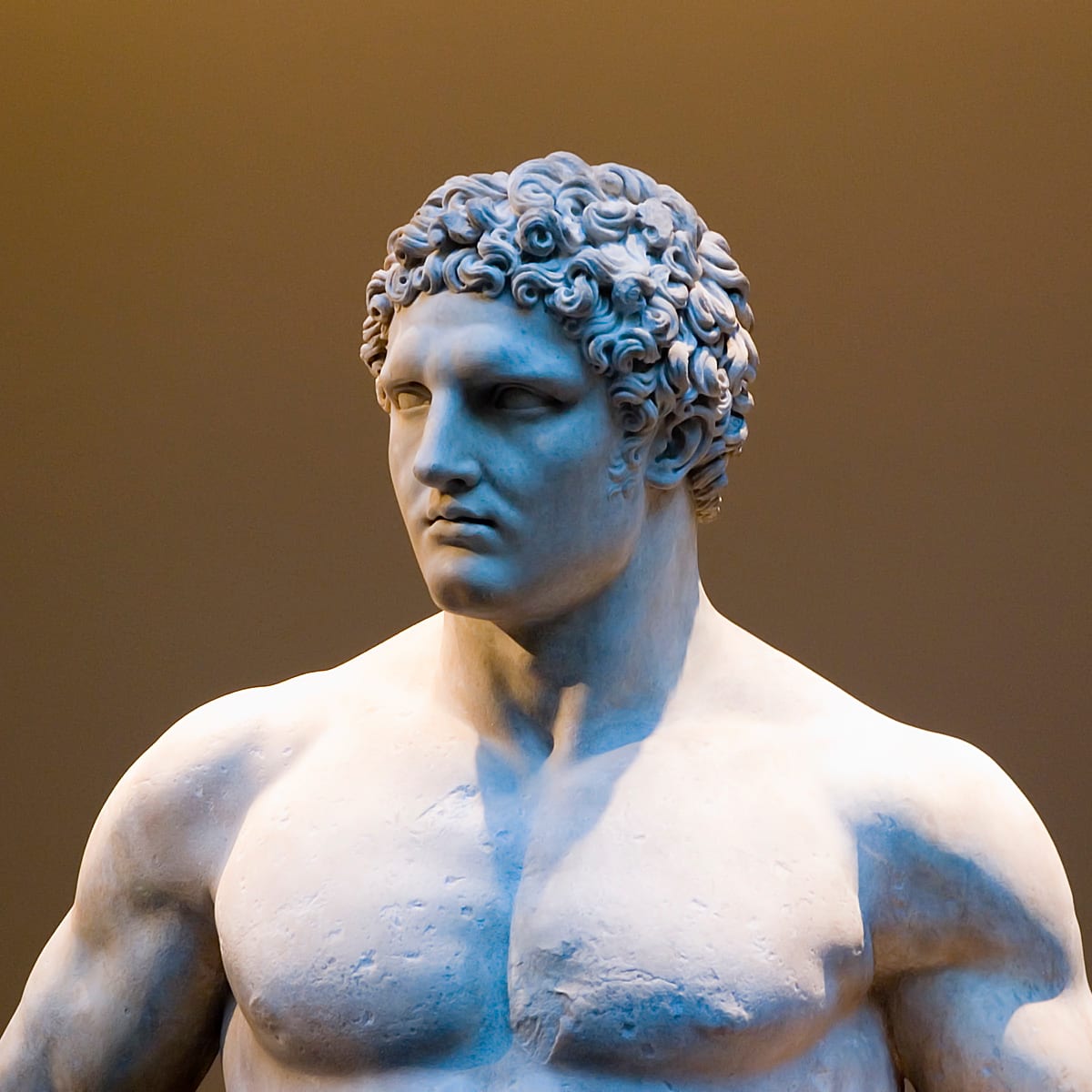 Poseidon, Hades, and Zeus bickered over who would become the next king. Rather than fight violently, they decided to draw lots over who would have the honour. Zeus eventually emerged victorious and then the gods and the goddesses went to earth to fall in love with mortals. Then they had sons or daughters of their own. Some of them included Perseus, Hercules, etc.

We all know the name ‘Hercules’. But do you know, his original Greek name for Herakles? The Romans changed it to Hercules since it was easier to pronounce and I believe them! He was the most popular figure in Greek Mythology. He was born to Zeus, king of the gods, and the mortal woman Alcmene. Zeus fell in love with Alcmene and would regularly visit her as the form of Alcmene’s husband, Amphitryon. One night, he visited Alcmene in her bed, and thus their son, Hercules was born.

Hercules was a demigod who is half-mortal and half god. He had incredible speed, stamina, and strength; hence he was and is such a popular figure in Ancient Greek Mythology. He accomplished many challenges that were considered impossible. He even managed to go in the underworld (the land of the dead) and came back alive!!

Hercules was the greatest hero in Ancient Greek history. He had many daring adventures and his adventures were known as the 12 labors of Hercules. Some of them include:

Hercules was an amazing and strong character with his stories inspiring children even today. However, his life was also full of misery, with constant hurdles coming in his way. This eventually turned him into a bitter person and eventually a god. He also turned haughty because of his constant and never-ending victories.  The point I am trying to make is that Hercules and other heroes like him weren’t all that glorious and good. Their life was full of misery and they covered that by showing off their achievements and glossy looks. After their adventures, when they were old, they became very bitter and haughty. This shows that no one should judge a book by its cover as it could lead to serious problems. If we only knew the glorious side of the heroes, we would never understand their true lives. We would be blind and only worship them as our role models. Not everything that glitters is gold.

So that’s it for this article! I hope you liked it! Stay tuned for Parts 3 and 4 which are the final 2 parts! This is Vivaan Gupta signing out!!

Go to Part 1: An Introduction to Greek Mythology