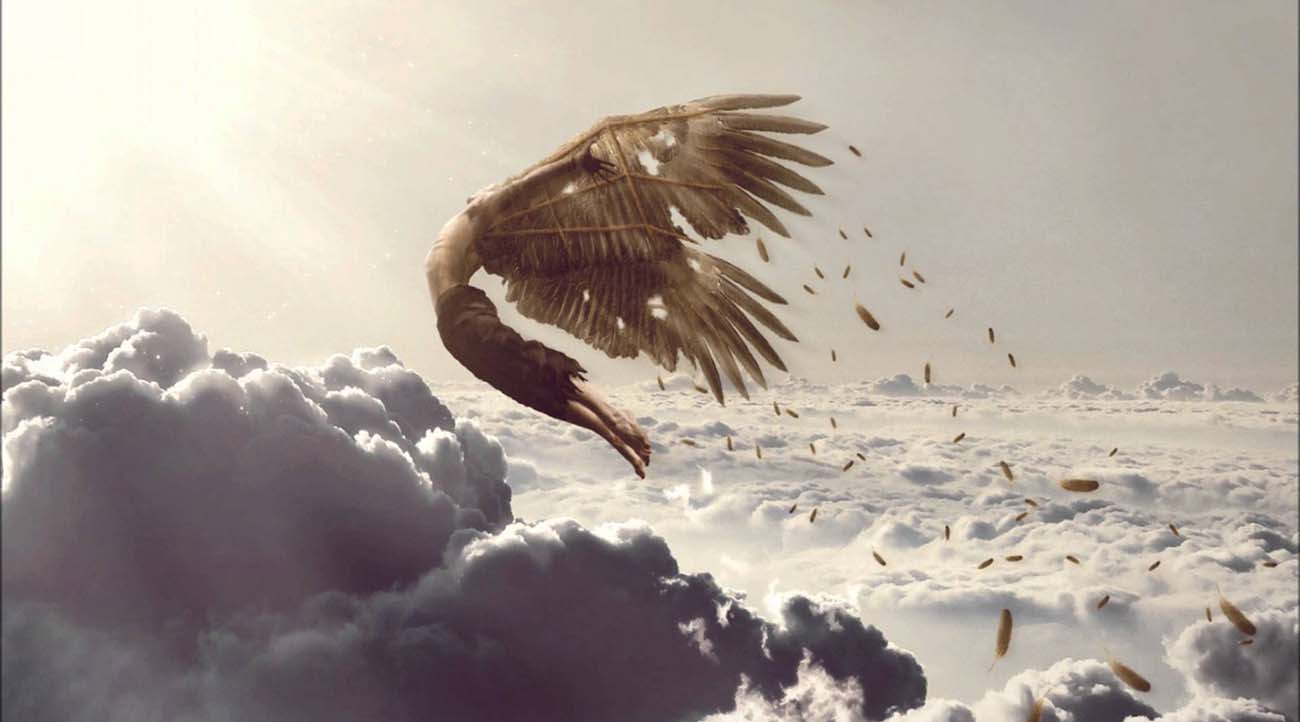 Even though he knew the clock had struck nigh,

He smiled; there was a certain triumph in falling from the sky.

The heat, he could not withstand;

Neither did the wings, the marks, the everlasting brand.

Daedalus, the father, the faithful watcher,

Could do nothing, against Helios, the malicious torcher.

The feathers shredded, left him bare.

The sun burned and burned brighter,

Leaving behind him, a trail of destruction dire.

The breath of life had left his form,

No thoughts of rules, laws, or the norm.

It was, after all, the ancient way,

To face your fears, come what may.

He smiled, as he fell from the sky,