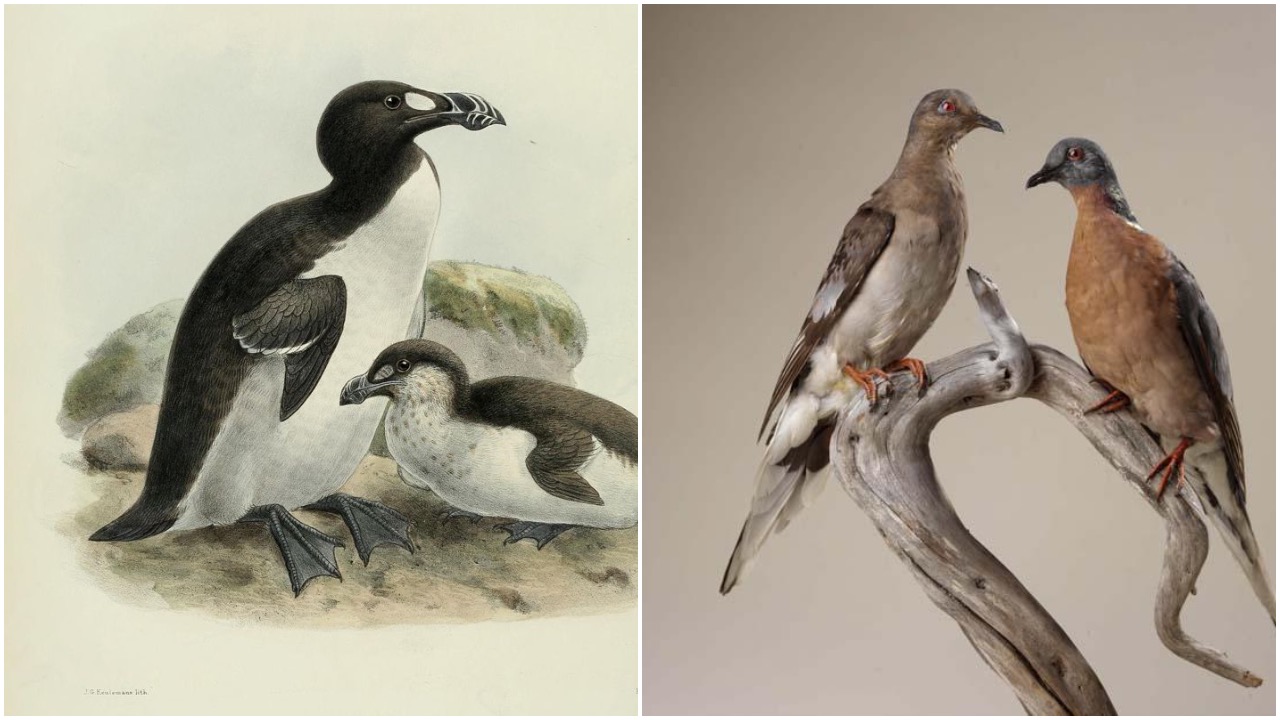 Animals on earth existed way before us humans, some people say we evolved from apes and others have something different in mind. Some of us try to help these animals by taking them to forests reserves but others hunt them. It is not always for money, maybe for its skin, teeth, meat or even if it is causing some danger to us by its activity. But it is us who are coming in their way… we are the ones spoiling mother nature. Because of hunting, poaching, pollution or even global warming, many animals have become extinct. Just like Mammoths, Dodos, giant ground sloth and many more…

Mainly sailors were who hunted them on their long fishing trips. The bird was large, meaty and easy prey, as it could not fly. The great auk was also hunted for its feathers which were used in the clothing industry. Excessive hunting was the main cause of their extinction.

The extinction of the passenger pigeon is a stupendous human achievement in recorded history. Thanks to us humans for relentless killing combined with large-scale habitat destruction of these birds. These bird’s population crashed from billions to zero in just fifty years.

Around 11,000 years ago, Saber-tooth cats, woolly mammoths, giant ground sloths, and almost every other large mammal in North America went extinct. The idea is that humans caused large mammal extinctions.