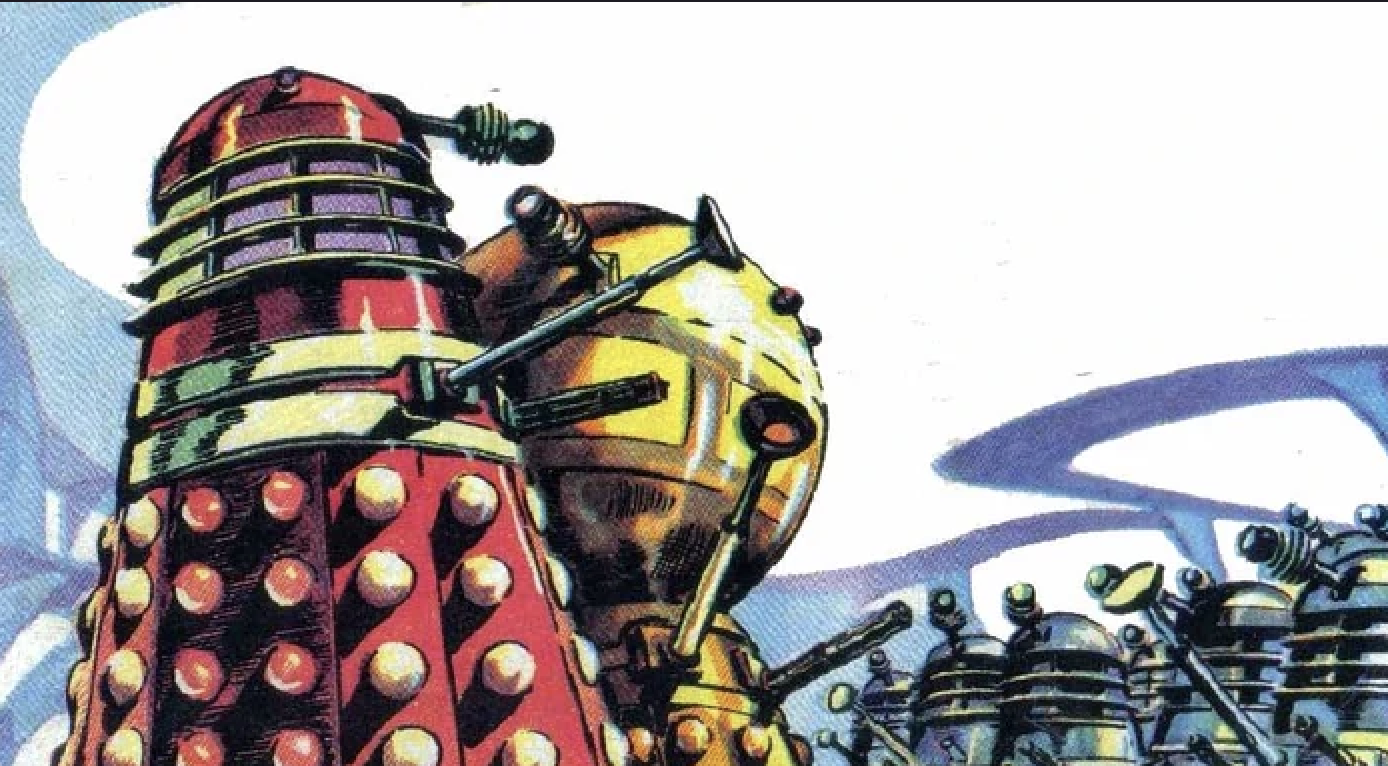 This story is a fanfiction version of The Doctor Who series. While in the series you exist as a third person spectator, this is one of many parts which presents a first-person narrative in which you can experience a different point of view. In my version of the Doctor Who universe (or spoilers for anyone who has not seen Season 12, The Doctor Who Multiverse) I have not stuck to some of the character descriptions present, rather refashioned some of them.

Part 1 – The Napkin to Trenzalore

It was a fine starry night (although it is the same in space so you cannot really tell the difference but…) and I had just finished calculating the distance back home. I walked out of the control room when I saw a huge shadow of a quite torn apart machine. It had a rusted metal casing from what I could see and some sort of an extension that looked like a disabler, but I was not sure, could be a gun as well. It came as a surprise too because none of the crew was skilled enough to build something like this. When it turned around, it beamed something, and the last thing that I heard was “Exterminate”.

I opened my eyes and started doubting what I had seen but I at that point in time I just thought to myself that it was the countless nights without sleep. By the way, being the engineer and operating a spaceship is hard work, you never know a “Pting[1]” could just sneak onboard your ship and then you would be stuck in space with no form of energy.

And it started when I finally reached my senses, the sound of battle outside woke me up just as I had passed into the temporary state of death. Most of the sounds I could make out quite easily (do not worry, you will get used to the silence in space faster than you think) but there was one unfamiliar sound. A deep voice, saying the words “Tell me or you will be exterminated” and that kept bugging me to the point where I could not rest but I was too weak to examine what was going on. I got up and the second I got up on my legs, the door flung out of its hinges, inches above my head, and I saw the same machine I saw before.

Oh, the feeling to tear it apart (I could not of course) and to just admire his parts was overwhelming. And during the time I was thinking about all this it had me on the floor, its rod, a gun as far as I could understand, pointed towards my head. Clearly, it had a problem with me or wanted something from me.

It had me pinned down and I could not move a muscle, so I asked it what he wanted. It gave a clear and concise answer that it was sent to find “The Doctor[2]” and exterminate him and clearly I didn’t know who, so I asked, “Doctor who?” and to that he replied, “The Doctor. Speak or you will be exterminated”.

It was not my intention to be “exterminated” (or assassinated for a matter of fact) but I was curious (although it did kill the cat but not me YAY!), and I questioned him (although I was the one being interrogated) “May I know who the HELL you are?”. His immediate reply “I am the last of the Daleks[3], you will tell me where The Doctor is, or you will be exterminated.”

And at that instant, I heard a “Vworp”. “You wanna know where the Doctor is? “The Doctor has a secret that he will take to the grave. It is discovered.” Figure that out and you’ll know.” And this is what the woman riddled, the woman who had appeared out of nowhere with a police box and a napkin. The former which she took and vanished but the latter she had thrown in the air and it seemed as if it was for me. On it written in the finest of print was “River song”. And just as the woman vanished the Dalek too disappeared. Ah, a TARDIS and a vortex manipulator, hard to get your hands on a TARDIS in these times, unless of course, you steal one while a vortex manipulator is just cheap and nasty time travel.

I picked the napkin that woman had left behind and on the other side was written for ‘The Multitude’, and it read “Trenzalore”. Wait for Me? Nah, maybe, but my mind was now more focused on who “The Doctor” was and why the Dalek had come so I did not pay attention to the napkin. I was curious, and I believed a mystery unsolved was a gift never opened. So, I did right away what my instincts told me…

Go to The Multitude – Part 2