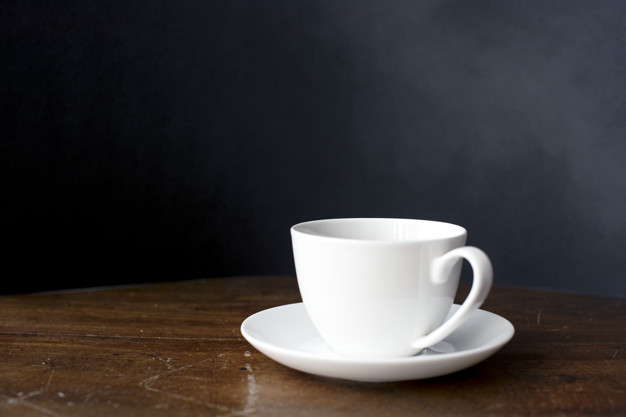 The tea tastes bitter today thought Hori. Even though it was the same tea, made with equal proportions of water, surprisingly it tasted bitter than ever. It appeared, like the bitterness of the whole universe was transfused in that specific cup of energy-giving delicacy. A disgusted Hori dumped the entire cup into the sink. With an unsuccessful attempt towards smothering his thirst after a tiresome day, Hori felt extremely crestfallen. As if he was drunk by melancholy. Hori, by profession, was a mendicant. His work resided in knocking on the windows of the ongoing fast cars, which had to stop for a while, only because of a giant red signal. His providence of the other half of the day directly depended upon the generous gestures of the suited and booted gentlemen and women, who blessed the needy, with the generosity of a coin or two perhaps. Yet, sometimes, that generosity is truant, consequently, Hori pockets nothing more than void.

On the footpath, Hori acquired a small periphery. Few of his distinctive possessions resided in that minuscule area. Somehow, Hori came about some amount of plastics, tin sheds, and few chips of stone, to make himself an inferior asylum. It was still home to Hori, a place, where he inhabited after working tiresomely under the scorching heat of Kolkata. The ‘Home’ Hori acquired, can be described as his “captivating debris”, consisting of only a single room. The interior was murky and pitch black. The entire room lacked tranquillity and any essence of visual or olfactory beauty. The straws and plastic bottles of the walls refracted the sunlight, lowering its strength of spreading beauty and gleam, hence resulting in an ever gloomy and oppressive ambience, inside the residence. The whole room had an idiosyncratic stench of nihilism. A lung full inhalation of that stench can devastate any man’s inner balmy personality, turning him into a being, loaded with a complex of extreme melancholy. Amongst all this murk, the residence held a particular zone where Hori found surreal tranquillity. It was the bed. To summarise correctly, it was a heap of plastic, quite gently covered in a ragged, decayed, and filthy mattress, wholly mixed with a malodour of sweat and dirt.

But in that filth, Hori found peace, it saved him from rains, it truly gave him a sense of home, a light of hope to fight another day, it was his own home, he built it off his own sweat and blood after all. In this filth, a stained cup, and few articles of ‘decorations’ have also found space to occupy.

With no prior warning, Hori threw all his weight on the bed, which creaked with a very cataclysmic sound. But Hori was surrounded with a dark net of melancholy, neither sound nor light could perforate that net. He was feeling devastated, depressed, more than he could ever be. “And all of this due to that old man”.

The Old Man. The footpath homed another derelict too. He arrived at the signal crossing a few days ago. With the hope to find a home on the footpaths. He appeared, as if, something or someone is sucking the life out of him in a very surreal manner. His physique was nothing more than a crumpled dry leaf. He bore nothing more than a dirty and rickety jacket, and an equally filthy pants. His face was filled with an odd complexion of soot, smoke, and dust, along with a whiff of dismay and agony. The lines on his forehead, the unshaven beard, (which appeared as a crumpled sheet of white paper), and his minute dreary eyes, revealed deep-rooted anguish, hidden beneath the smile he smiled every day, whether he had a full or empty breadbasket. His only occupancy, an unkempt cloth, which he carefully laid on the footpath as a mattress, and used a brick as a pillow. His area was in an alley, just protected from the rains due to a sun shed of a shop.

Yet, this man today was just Hori’s nemesis. Not a dram of mercy did Hori keep for him.

Today, Hori was about to knock on a passer-by’s door, while suddenly,

“Oh, why not?” said a generous young man, in his mid-twenties, with a deep pleasing and angelic smile. Saying this, he offered him a 1 rupee coin.

“Baba, I have no other coin, my wallet is deserted.”

“No problem…Thank You Dada, May God bless you.”

The Old Man, smiled as a glistening tear rolled down his elderly folded chin. With trembling elderly hands, he blessed that young man, who bowed his head to receive that gesture of love.

That Coin, though it’s magnitude in the market was just 1 Rupee, but watching the coin, sliding into the hands of The Old Man, Hori was gradually filling up with irritation and bitterness. The coin to Hori became an inevitable figment of contempt, which wrecked Hori from inside. The Old Man getting that coin, Hori felt destitute than ever. It was like, someone stole his mouth’s subsistence.

Remembering that sight, Hori rebelled from inside. His anger was charging him, reprimanding him! His eyes turned crimson red. His ears we’re steaming. In that heavy trance of rage and envy, he picked up his knife.

“Today was such a good day,” The Old Man thought. The coin was in his jacket pocket. The coin was light, yet it held a weight of compassion. The Old Man decided to not part with it, even if that implies sleeping hungry. He took out the coin. It glistened with a lustre The Old Man had never discerned in his life. He admired it while smiling a wide smile, using his eroded teeth. Just before sliding in the coin in the folds of his jacket, he felt someone was walking towards him, with pace, from the other end of the alley. As far as the street lights enlightened the path, he guessed it was Hori. But today’s Hori was different. He was smirking, while his face gleamed with a shine of darkness. As the moon casts his shadow, it appeared as The Devil conjured. He was gradually advancing towards him…

Hori was drunk in an extreme thirst to engulf the wealth that was unjustifiably seized by another. He was smirking a very bestial smile. A wolf, ready to devour his prey. He slowly advanced towards The Old Man’s huddled area, where he rests. Hori hid his knife inside his shirt folds and moved onwards. The Old Man sat admiring his treasure, saw Hori arrive near him. The alley was specifically dark, along with the darkened street light, it created a further eerie and shady appearance. The alley was empty except a few vagabonds and hawkers, who were inevitably drunk. And under that intoxication, they slept like a log.

“Hori, look how it shines”, in a fair mind The Old Man said to Hori.

A long-awaited trigger just struck Hori. He could not hold himself back any longer.

He grasped the knife by its handle, he pulled it out of his shirt folds and raised it high up in the air, the moon’s beam reflected on the blade…

“Jai Maa Kali!”…he plunged the knife directly into The Old Man’s abdomen, The Old Man just croaked, with no attempt to resist Hori from his bloody, demonic deed. But Hori’s envious heart, devoid of mercy, continuously lodged the knife to and fro, on the already dead Old Man. The Red Liquid spluttered everywhere, like a fountain! The knife, like a bloodthirsty fiend, drank thirstily on the blood of the Old Man. The Blade, though silver now turned crimson red with blood. The footpath turned shiny red, as the poor pure blood ran like a swift stream, getting mixed with the dirt and specks of dust on the path…

The Old Man had a deep gorging valley made through his body. His eyes were wide open in horror, his pulse showed no essence of life at all. Hori was panting, yet he smiled demonically.

He quickly plundered the interior of the dead’s coat, for the treasure, which he found. The coin, glistening with a red lustre, it had bathed in the blood of the deceased. Hori felt rich again. He had acquired his longing treasure…Looking at the body he screamed diabolically

Suddenly his eyes went on the hands which held the coin, it was bright with blood. What had I done?! Hori threw away the coin in the darkness and started to rub his hands constantly on his shirt. Why doesn’t the blood go off?! Hori shouted with agony, his envy metamorphosed to pity, fear and iniquity. Hori’s eyes started to glisten with tears of pain…Soon it thundered and started to rain, while Hori stood, like a stone structure, sans of life. The rain felt violently, cleaning the paths off the blood, washing the red liquid off as it quietly gushed down the drains. The paths became paler, the rain washed whole of Kolkata…but the only portion the rain could not wash, which still bore the mark of thirst, and gleamed bright Red, was nothing, but, “The Hands Of Hori”…