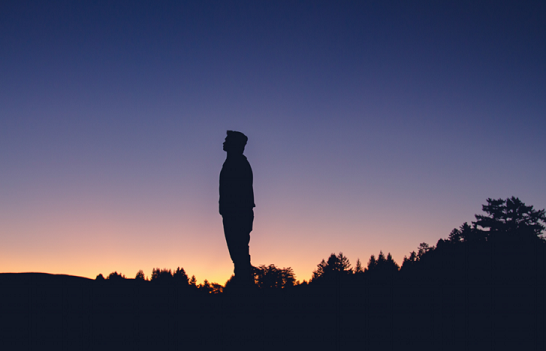 Clearing the thick-framed spectacles was the predisposition of Amitav during tenacious periods. He showed slight occurrences of Palilalia, yet, he showed no revealing symptoms of Tourette at all! Being a member of the new Liberation, he had a temporary amount of fear, of his opponents. Being a young, enthusiastic and revolutionary boy, he changed his hideouts every fortnight, otherwise, his life was imperilled. At the end of the day, he was still a modest, ordinary Bangali! Adversaries were even sprouting in the party itself. So, none of the true members is perfectly safe either.

His asylum at present was an extensively cramped one, with nothing more than a torn and rugged mattress on the dirty floor. The volume of the room was miniature, to hold only so much air as needed for an adult human being to thrive. The room was more or less 7ft tall only, whereas Amitav was 6ft 10inch. The room looked bald with no furniture at all. It had one open Southward facing window from where the Southern winds provided some amount of nourishment to Amitav. That was the only place from where the tranquil sunlight entered to light up the murk, tending to change the environment of the shelter. Amitav devoured some water, he was extremely parched, although it wasn’t such oppressive weather. Did this express high levels of…fear? But Amitav was never pusillanimous. From the day he joined the Liberation, “Fear” to him was just a practical joke. Several times had he escaped his opponents in break-neck chase, he fought many of them as well. He had escaped the police uncountable times and even faced encounters, living to tell the tale. Then today he was just scared…to express his feelings?

Amitav looked into the mirror in front of him. It reflected back a fairly coloured countenance of a revolutionary, in love. Often, on the streets of Kolkata, he had seen that girl among the masses, such a beguiling and angelically fair visage, Amitav has never encountered in his span of life. Long curly brownish hair, unblinking dark coloured drawn eyes, but the eyes bore the flaming strength to burn down millions of oppressors. Those eyes mesmerized Amitav..as if he would willingly burn in that fire. This surreal vintage beauty engulfed Amitav till his heights of consciousness were lost. He saw her, shouting slogans, fighting the police with her might. Amitav was bewitched with such a summation of glamour, strength, revolution and determination. Amitav was in love.

NO! Amitav shouted I have to go out, I have to meet her, he knew her house which was close to the Presidency. Drunk in love, Amitav picked up his bag with agility. Brushed his hair with his bare hands a bit. His face and clothes were still dirty and unwashed. Amitav did not care, he needed to go out, he needed to face the truth, express himself. Amitav opened the door, he went out!

Today was different, neither did he go out with any weapon for protection nor did he go out with any single cover-up! Today he thought himself, as a free man, like a man who has achieved life, to the fullest! Eh bus, eh wait!! Amitav bellowed the bus to stop. It was 240 route Bus. It was the bus which passed by the Presidency. The streets today was a bit quiet, none like the days Amitav has seen in the past week, the sky was cloudy, it seemed to rain cats and dogs Amitav thought. Amitav rode patiently, with a very delightful yet tenacious heart. Even he didn’t know her name! Okay! I will learn it today!. Amitav’s face glowed…

Suddenly, just before getting down, he heard a bang.. and he was taken into an abrupt change of state. Like he was in a delicacy of heaven, but unexpectedly he was yanked down to the boiling oils of hell. He jumped out of the bus and ran towards the direction of the shot.  It came from a position, near to the Gates of Presidency. He reached there in about a jiffy…he saw a cluster of overlookers, people he hated, Mr please move, let me see please… Amitav stopped.. his words fell out, he was petrified, his blood stopped circulating…Amitav knew not where he was…in front of him lay the cold, lifeless body of the girl…that same girl he saw, that same girl in whose elegance he was bewildered, the same girl who now lay, with a bullet on her head, draining red blood, as well as the life from the only one Amitav loved. Amitav fell, and it was a fall, more lethal than a fall from the highest of mountains. Closest to the dead, tears dropped down from his eyes…leaving a broken Amitav, the on-lookers slowly withered away in darkness…