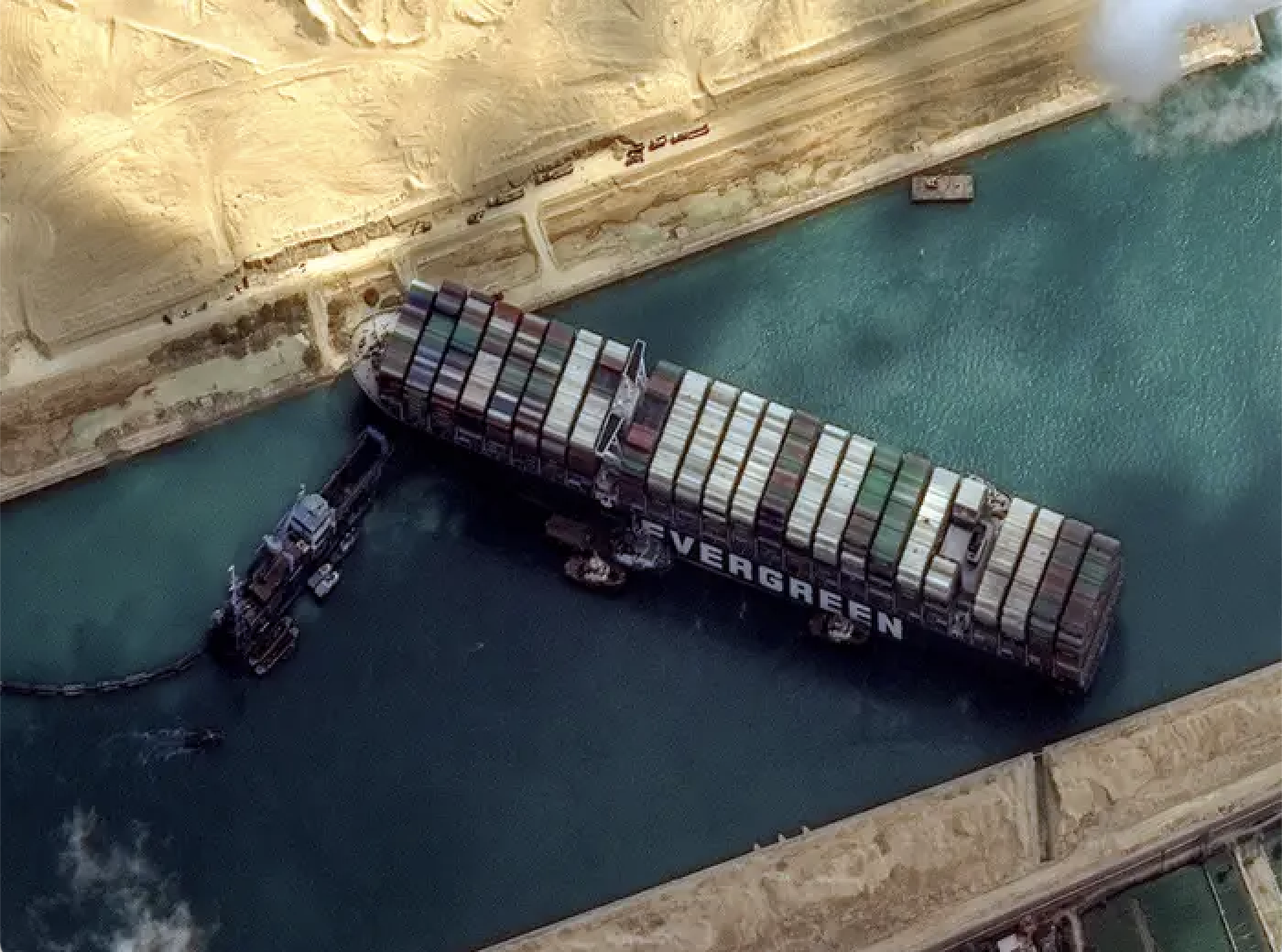 On Tuesday evening, the 23rd of March, a ship ran aground in the Suez Canal. The Suez Canal is a small body of water, situated between the Middle East and Egypt. The canal is a major choke point for a lot of trade to and from Europe; the alternatives are either around the southern coast of Africa or along the northern coast of Russia. The former increases the amount of time taken per journey, meanwhile, the latter is extremely treacherous with icebergs and unpredictable tides. Those are dangerous, you know. Just ask Leonardo DiCaprio and Kate Winslet.

On Tuesday, due to bad weather conditions, low visibility (caused by a sandstorm), and high wind speeds, a large container ship named the Ever Given ran aground diagonally, cutting off all access to the Suez Canal.

As I said before, the Suez Canal is an international choke point. According to a statement given to the NY Times, nearly 90% of the world’s trade is by sea, and this ‘couldn’t have come at a worse time and place’. The Ever Given was compared to the size of four football fields, and it is roughly a quarter-mile long. The size of the ship is one of the contributing factors to the problem it poses.

Many efforts were made, to dislodge the ship from the canal, including tugboats attempting to pull and push the ship out of the sandbank, while dredgers tried to remove the sand and clay from below the ship, hoping to move it out. The President of Egypt, Mr Abdul Fattah al-Sisi, started preparations to lighten the load of the ship.

Over 300 ships were stuck on either side of the canal when the ship was blocking it. According to reports, over 30,000 cubic metres of sand and clay was dug up from underneath the ship. Eleven tugboats were used to pull the ship out of the canal. The company leasing the Ever Given has repositioned the ship in a lake to check if it is able to sail again.

This incident instigated a (pun intended) boatload of memes, circling both the event and the attempts made to free the boat.

As for economical damages, the backlog of ships still waiting for clearance is at 450, and it is supposed to be a lengthy process clearing that backlog. The Suez Canal usually has 12% of global trade, roughly a seventh of the daily oil trade, and 8% of liquefied gas. All of this, adding up, gave the Suez Canal Authority a daily loss of nearly $15 million each day the ship was stuck. Now that’s a lot of (property) damage.

But on Monday, the 29th of March, after being stuck in the canal for a week, the Ever Given floated again. The SCA is still coordinating all the ships on either end, but the current problem has been taken care of.

Tensions Between Russia and Ukraine