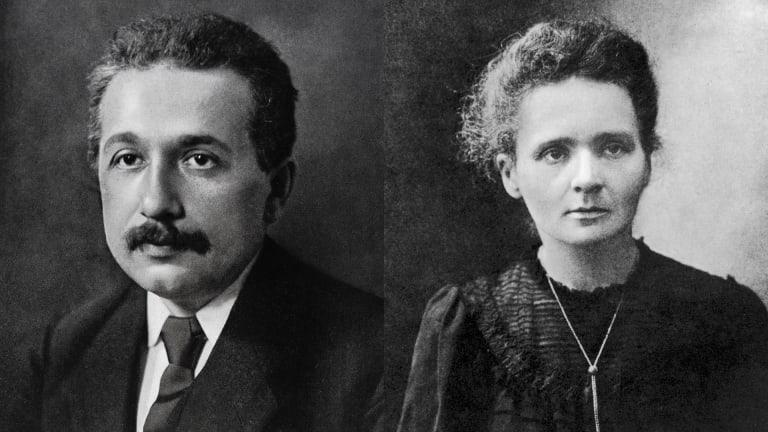 “Common, Einstein…and um Edison!” Priya shouted from the kitchen.
“Newton…For every action, there is an equal and opposite reaction,” Ajay said with a smirk.
“Darwin the evolution guy,” Neil whispered barely taking his eyes off from the phone screen who was busy playing Call of Duty.
This was the response that I got from my friends when asked to name a few scientists.

Later that same evening, I asked my little brother who turned twelve yesterday, how a scientist looked like.
He was very quick to answer, “a specky man in a white coat holding test tubes of liquids of colours red, blue, green…”

These answers made me wonder for a while and that was when I remembered reading a letter addressed to a Nobel Prize winner by a renowned scientist.

Do not laugh at me for writing you without having anything sensible to say. But I am so enraged by the base manner in which the public is presently daring to concern itself with you that I absolutely must give vent to this feeling. However, I am convinced that you consistently despise this rabble, whether it obsequiously lavishes respect on you or whether it attempts to satiate its lust for sensationalism! I am impelled to tell you how much I have come to admire your intellect, your drive, and your honesty, and that I consider myself lucky to have made your personal acquaintance in Brussels. Anyone who does not number among these reptiles is certainly happy, now as before, that we have such personages among us as you, and Langevin too, real people with whom one feels privileged to be in contact. If the rabble continues to occupy itself with you, then simply don’t read that hogwash, but rather leave it to the reptile for whom it has been fabricated.

With most amicable regards to you, Langevin, and Perrin, yours very truly,

This was a letter written by Albert Einstein to Marie Curie in 1911 advising her to ignore the critics who pounced on her on winning the Nobel Prize in Chemistry, bidding to join the prestigious French Academy of Sciences.

Today, we live in the 21st century and nothing much has changed since this letter written in 1911 in the field of STEM. STEM simply stands for Science, Technology, Engineering and Mathematics. It is more than just a catchy acronym. As a philosophy, STEM integrates all four disciplines in a way that forces students to use cross-disciplinary knowledge to solve complex problems. Science and Math are particularly important in STEM because Technology and Engineering are dependent on them but at the same time, students are required to have an understanding of all four disciplines.

We have been trying so hard to achieve gender equality for the last few decades, but there is still a long way to go. Particularly, with regard to the field of STEM, the word ‘underrepresentation’ of women pops up time after time.

When I go down memory lane, I remember proudly presenting to my friends the stuffed toys that I possessed of various shapes, sizes and colours. But it was not the same when my little brother was a kid. His collection included action figures, construction toys, cars and electronic gadgets. This spotlights something, that from a very young age children are conditioned in a certain way. They are subjected to gender stereotyping and the idea of gender bias is injected into their young minds.

We can see despite an increase in the enrollment and educational achievement of girls in STEM fields, sadly it has not been matched by a similar increase in the overall representation of women in this field. The reasons are many and can be categorised into three main reasons, the 3 R’s, relatable role models; retention of enrollees; restoration of the leaking bucket system.

Sadly to say, there’s no enough representation of women role models. Our textbooks glorifying scientists like Einstein, Edison, Darwin and Newton are in short of women scientists. It is only when we delve deeper we hardly come across names like Kalpana Chawla, Marie Curie and period. Is that all? Where are the names like Radia Perlmandi, Barbara McClintock, Aditi Sen De, Roshni Nadar? We have enough women representatives in this field to inspire young girls to follow their passion in this field.

In addition, it is not just enough to simply spark interests in girls, it is equally important to provide them with a platform to showcase their excellence in disciplines like STEM by providing scholarships, giving exposure through exploratory Science and Math foundational courses and promoting living-learning residential programs in order to retain them in this field.

Furthermore, one of the biggest barriers that women come across is the perception of society that STEM is a man’s niche. To add to their woes they have to go through stifling classroom experiences, cold campus climate, discomforting work areas only to fall prey to the ‘dual role syndrome’ i.e. to quit the field when they find it difficult to match their career opportunities with their domestic responsibilities. It is high time to restore this leaking bucket system as we need all hands on deck to sail through, to more technological advancements, scientific discoveries and innovations that are going to change the face of the world.