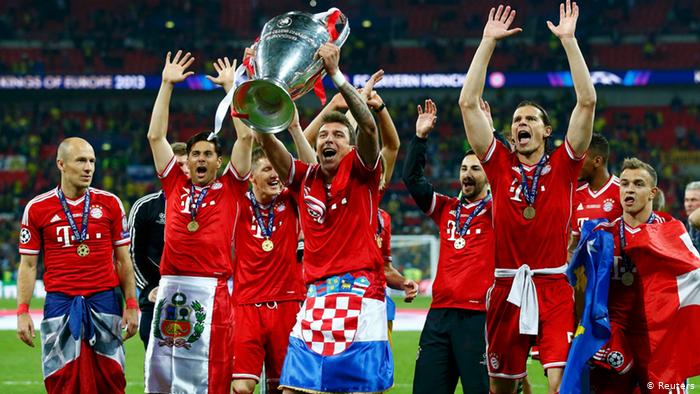 Hey everybody. It’s finally the final of the Champions League, and after three days of waiting, it’s here. PSG vs Bayern Munich. Tensions and hopes were running high.

Bayern Munich are a strong team, having won 5 titles and having come to the final 11 times. That is the fourth best tally, behind Real Madrid (13), AC Milan (7), and Liverpool (6). PSG have never even played the final of the Champions League. Bayern have scored 42 goals this season in their 10 matches. Paris and Bayern have met before in the group stages of the Champions League eight times, Paris winning 5 and Bayern winning 3.

The match had its own definition of competitive, with a weird twist. A Frenchman played for Bayern, and a German played for PSG! One of Bayern’s star players, Robert Lewandowski, had scored fifteen goals for his team and remains a massive threat to PSG. PSG’s skipper, Thiago Silva, will make his final appearance for the team before being transferred to Chelsea. Both teams came in with changes, Kingsley Coman, the Frenchman playing for Bayern in (also a former PSG player), and Navas, the PSG keeper came back in from injury.

As I have said, tensions ran high as pressure mounted in the very beginning. Slide tackles, interceptions, high shots and mistakes made up the first thirty minutes of the game. PSG were not allowed to settle down as Bayern (although unsuccessfully) tried to keep the ball to themselves. All in all, the beginning was not an explosive firework show. Quite the contrary, I suppose.

In the fourteenth minute, Mbappe tried to get a shot off, but was blocked by defender Goretzka. Just two minutes later, he went for another shot, but this time, Kimmich was there to foil his plan.

Both goalies were having a hard time, as the ball ricocheted from every possible angle towards them. Neuer, the German keeper and captain of Bayern, had to make a particularly hard one, where he slid down and got the ball to fly off his foot. Quick fact: all the saves by Neuer in this match were from his feet (except when he picked it up of course).

22 minutes into the game and Bayern nearly took the lead! Lewandowski gave us all such a jump, with a shot that very well could have made the difference. Off the post.

The first substitution was by Bayern, Boateng hobbling badly as he went down blocking PSG’s Di Maria. Sule in for him.

Another great free kick by Neymar took it to Kehrer, the German PSG player, whose header might have turned the tables, but an unknowing Muller edged it away from the goal. Lewandowski and Gnabry nearly got another chance at goal but Navas took a spectacular save.

Mbappe had another chance but Neuer saves! Neuer is considered to be one of the best keepers in the world, and he lives up to his title with another great save.

The match lit up at the end of the first half, with Kehrer cutting across Coman in the box, and Bayern players calling for the penalty, but the referee decided that Coman just lost his balance.

Half time score: 0-0. It has been 17 years since the Champions League final has gone goalless. Let’s not break the record, shall we, team?

Both teams had a bad first half. PSG had only 32% possession, an all time low in three years (the one before was also against Bayern) and Bayern have never failed to score in the first half in this Champions League.

The second half started off with more passing and a couple of chances, all down the drain. Coman passed to Lewandowski, but the pass was intercepted by PSG captain Silva. The subsequent corner was cleared, leaving both teams in the same situation as the first half. Gnabry was booked with a yellow card, and until the 59th minute, nothing interesting actually happened.

Kimmich ran to the edge of the box and chipped a cross to the other end, where Coman edged a good header into the bottom right hand corner. 1-0 Bayern.

PSG, now under pressure, were becoming more and more aggressive as the 70th minute approached. The referee was having a field day, booking players left, right, and center. All PSG chances were foiled by the increasingly motivated defenders, or just not converted as pressure mounted.

PSG coach Tuchel substituted players, hoping for a strike. But Neuer and his team kept their opponents under wraps. Another near penalty appeal as Sule tripped Mbappe up, but the referee said no, and VAR didn’t even check it.

90 minutes and the theoretic roars of the empty stadium filled the air as Bayern equalled Liverpool’s record of 6 Champions League wins. The team ran out to congratulate the players and lift the cup again.