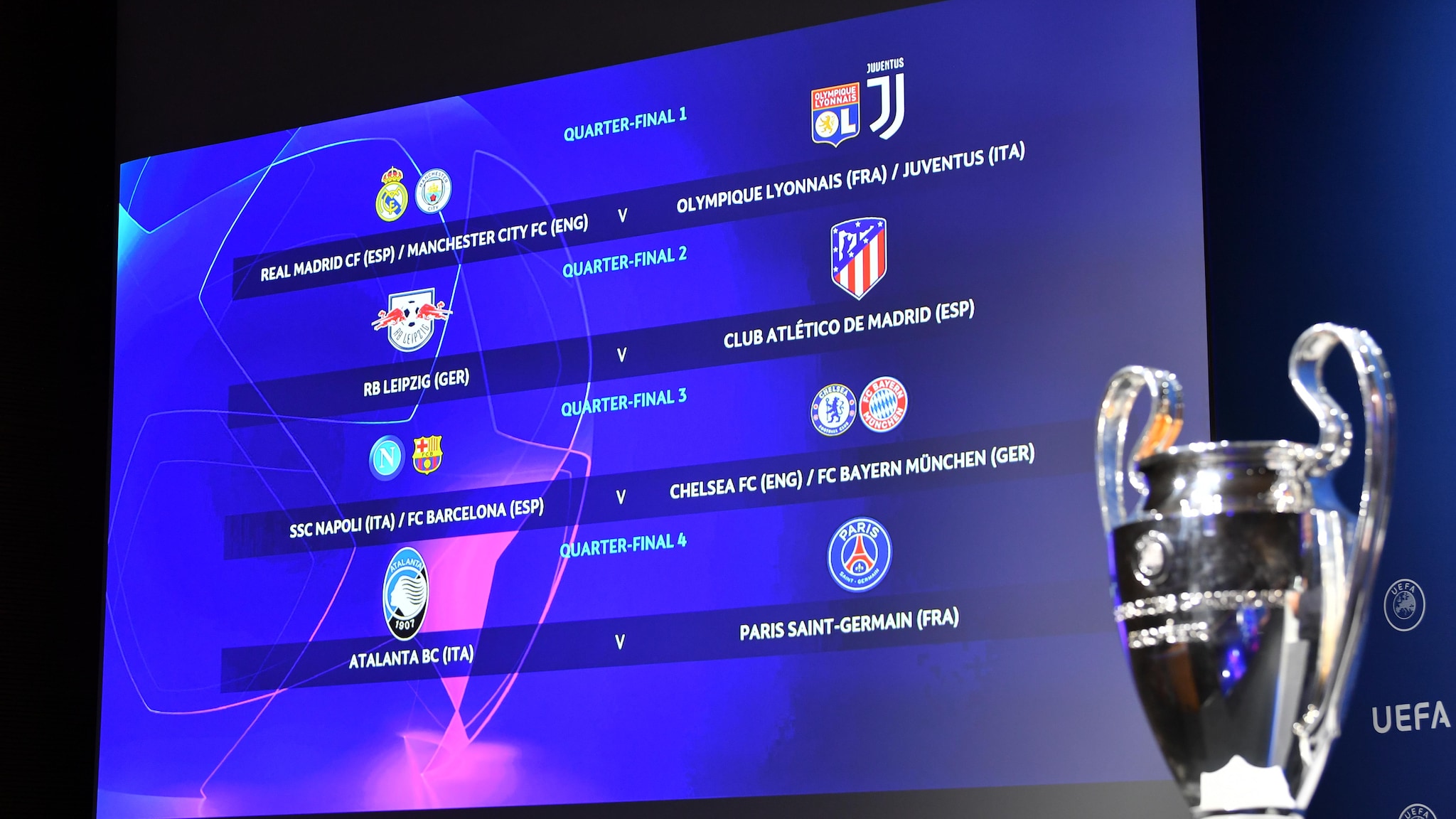 Hello everybody, and welcome back to the coverage of the Champions League. The quarter-final round is over, with four days of undoubted and coveted excitement. Each match added its own flavour to the tournament, with its end drawing nearer each day. Here are some pretty detailed recaps of the four matches.

Both teams, having conflicted some crushing defeats on their opponents in the round of 16, came into this match looking very confident. The match was played in the Estadio da Luz in Lisbon, the capital of Portugal, with a seating capacity of over 65,000 people.

Kickoff happened at 12.30 AM IST. The only other time Paris faced Italian opponents in the knockout stages of the competitions was in the 1994-95 Champions League, where they clashed in the semifinals and lost 3-0. Atalanta was the first Italian team to make it to the quarter-finals after losing the first three games of the season since SS Lazio (a popular Italian sporting club) in the 1999-00 season.

Atalanta took an early lead in the first half with a hard shot from their striker, Pasalic. They managed to maintain it all until half time. 1-0 Atalanta. At exactly 90 minutes on the clock, and the match heading into extra time, Paris midfielder Marquinhos toed the ball across the goal line, saving the match and keeping his team level. 90+3 minutes. Eric Maxim Choupo-Moting, a substitute put into the game in the second half, put one across the goalkeeper and gave his side, Paris, something to cheer about.

RB Leipzig, a German football club (full name: RasenBallsport Leipzig) headed by Julian Nagelsmann, was a strong contender for the match after the 4-0 aggregate victory over Tottenham Hotspurs in the round of 16. Their opponents, Atletico Madrid, came into the quarter-final with a good score of 4-2 as well. Both sides were pitted against each other in the Estadio Jose Alvalade, also in Lisbon.

The match kicked off at 12.30 IST on the 14th of August. This match has a lot of firsts, because it’s the first time both clubs have clashed competitively, and also the first time RB Leipzig played against a Spanish team in European competition.

After 50 minutes of kicking the ball around, the Spanish player Dani Olmo, who was playing for the German side, headed a cross into the bottom corner. 1-0 RBL. 20 minutes later, the score was equalized with a dead accurate penalty taken by Atletico striker Felix. In the course of the next twenty minutes, RBL made four changes, adopting an offensive stance in the game. At 88 minutes, RBL struck again with a shoot that obliterated the defence. 2-1 Leipzig.

High hopes soared for this match, for the much-anticipated return of Lionel Messi, for the great clash between two great teams. I’m pretty sure they went home disappointed. Barcelona changed its lineup a bit, while their opponents remain unchanged. The match also happened in Estadio da Luz. Both teams had reached the quarters for the eighteenth time, a total higher than any other team.

Just 4 minutes into the game, and Muller, for Bayern, slid the ball into the bottom corner past the Barca keeper. Quite literally getting off on the wrong foot, Bayern defender Alaba left much to be desired of him, as he levelled the score with a stunning own goal. As I said, disappointed. 21 minutes into the game and Bayern pulled ahead yet again with a clean finish by midfielder Perisic. Only 6 minutes later and Bayern had strengthened their lead with another superb shot by midfielder Gnabry. Muller struck again, and the half time score was 4-1. Needing a boost, Barca continued the struggle. It bore fruit when Suarez’s slice passed the goal line. Bayern, hell-bent on removing any trace of the required boost, smashed another in. 82 minutes into the game and nothing had happened in the game since the last goal apart from a few substitutions by both sides until another Bayern strike ticked the scoreboard onto 6-2. Coutinho scored the seventh and the eighth. After this match, Bayern became the first team to score eight goals in a Champions League knockout match.

This match was the third meeting between the two sides in the Champions League. Manchester City has not played a side more frequently without a single win.

24 minutes into the game and Lyon came up on top with a well-placed shot by midfielder Cornet. Nothing eventful in the remaining time until the first half whistle was followed by the excitement in the second as Kevin de Bruyne, a Manchester Citizen, scored and levelled the game. A good move by the manager was substituting Dembele into the game, taking Depay out of the match. This move proved to be fruitful as Dembele struck in the 79th minute, just four minutes after his entrance. Another goal by the substitute sealed the game for Lyon in the 87th minute.

That’s all for today, I will be back with more Champions League coverage later.